The European Union Intellectual Property Office (EUIPO) has released its 6th Issue of the Alicante News in 2017. This time’s focus: The Countdown for the Second phase Legislative Reform enters into force on 1 October 2017. Read more about this topic and get the latest statistic-information in our article.

Alicante News is counting down the days till 1 October 2017: 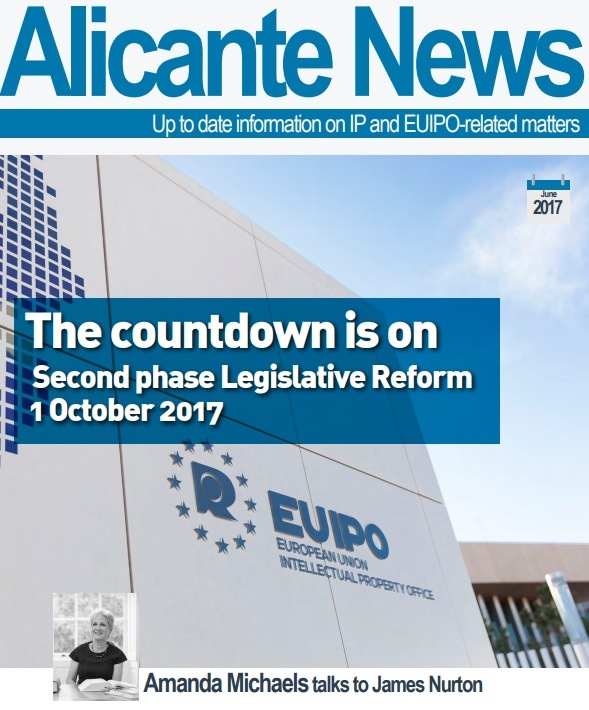 The wave of changes that apply from 1 October 2017 mark the culmination of a process that started in 2008 when the European Commission committed to an evaluation of the functioning of the trade mark system in the European Union. Like the changes that came into force on 23 March 2016, they give effect to the ambition of the legislator to build on the success of the EU trade mark system by making it more efficient and consistent overall, and by adapting it to the internet era.

The abolition of the graphical representation requirement is one such change. Pursuant to Article 4 of the EUTMR, an EUTM is no longer required to be represented graphically as long as it is represented in a manner that enables the competent authorities to determine the subject matter of protection with clarity and precision.

Article 3 of the EUTMIR takes account of this by providing that EUTMs may be represented in any appropriate form using generally available technology. As a consequence, certain types of trade marks that can be represented in electronic format only (e.g. multimedia marks) are now acceptable. The same article also affirms that the precise subject matter of the exclusive right conferred by the registration is defined by the representation of the mark.

The representation may be complemented by an indication of the type of mark concerned or, where appropriate, by a description that accords with the representation but that may not extend the
scope of that representation. The result is a ‘what you see is what you get’ system, which aspires to make the trade mark entries on the EUTM Register clearer, more accessible and easier
to search for.

Clearly, publication using conventional means is not viable for marks that are represented in electronic format only. In order to address this, a link to the publicly available electronic file on EUIPO’s Register will be recognised as a valid form of representation for the purposes of publication and for issuing registration certificates.

A summarised version of some of the other main changes that apply from 1 October 2017 is provided in the Alicante News June 2017 issue, but users are reminded that this is not an exhaustive list. Please note that the Office’s Guidelines will reflect these changes. The Guidelines should be the main point of reference for users of the European Union trade mark system and professional advisers who want to make sure that they have the latest information on EUIPO’s examination practices.

May-Statistic: Strong increase in every sense 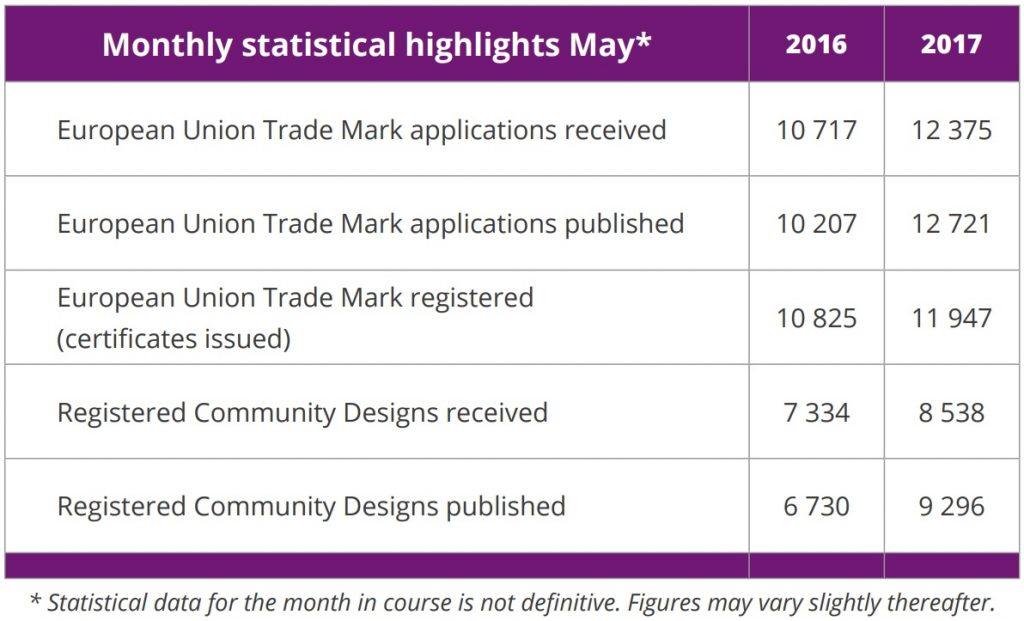