April is over and with it the EUIPO releases its newest edition of the “Alicante News”, a monthly wrap-up of what was happening especially regarding the EUIPO. This time, the AN has its focus on the future of appeal-filing via eAppeal (online)! Furthermore you can look forward for the James Nurton Interview with Ana-Maria Baciu, telling more about her “lawyer-life story” that she practises for over 18 years now. Read more about the new issue in our article. 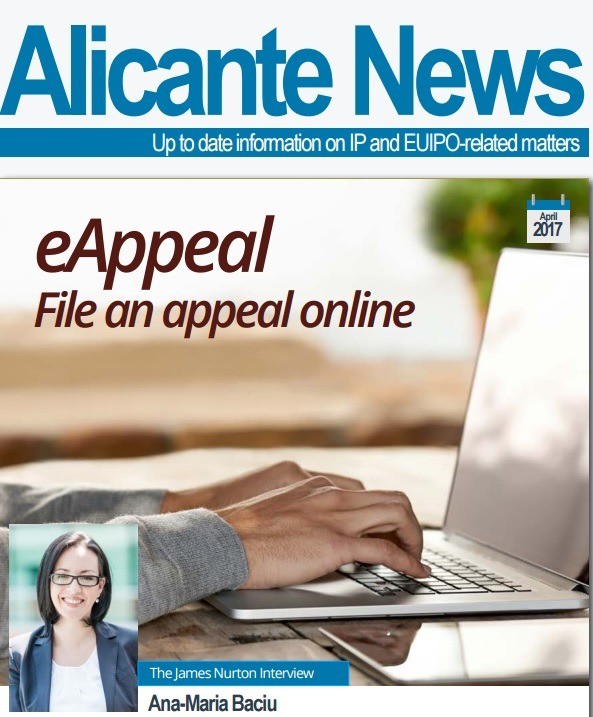 The new eAppeal, available since 10th April, allows users to file an appeal online. eAppeal is designed to make filing an appeal as efficient as possible, and is part of the Office’s commitment to providing high quality electronic services to its users.

The new tool offers clear guidance to users, an improved and user-friendly interface and provides a reduced likelihood of deficiencies.

The new eAppeal is the latest step in a journey of digital improvement undertaken by the Office. Starting in 2011, EUIPO began to simplify and modernise its IT systems, making them more efficient and user-friendly.

eAppeal is easy to use and can be accessed directly from the User Area of the EUIPO website, and through the online services page. It can also be entered under Actions and Communications after accessing the file in eSearch plus. The entire process has just four steps.

The 1st step allows the requester (either the appellant or the representative) to submit their information electronically.

The 2nd step allows the requester to identify the contested trade mark or design decision.

The 3rd step allows the requester to upload a statement of grounds as an attachment to the form, or to file it later on.

The 4th step requires the requester to sign the form by entering his or her name, as described in Rule 79, 80(3) and 82(3) EUTMIR. The signature confirms that the requester has checked all details and wishes to sign and confirm the submission of the Notice of Appeal.

Once the four steps are completed, the user is directed to a payment page, with all payment options (credit card, transfer, current account).

Users can save their work as a draft at any time in the process, and return to it later. Once the Notice of Appeal is submitted, users are requested to download the confirmation copy, which contains the appeal number, and save it locally. The number of the exact Board which will deal with the appeal will be communicated to the appellant or representative at a later stage by the Registry of the Boards of Appeal. 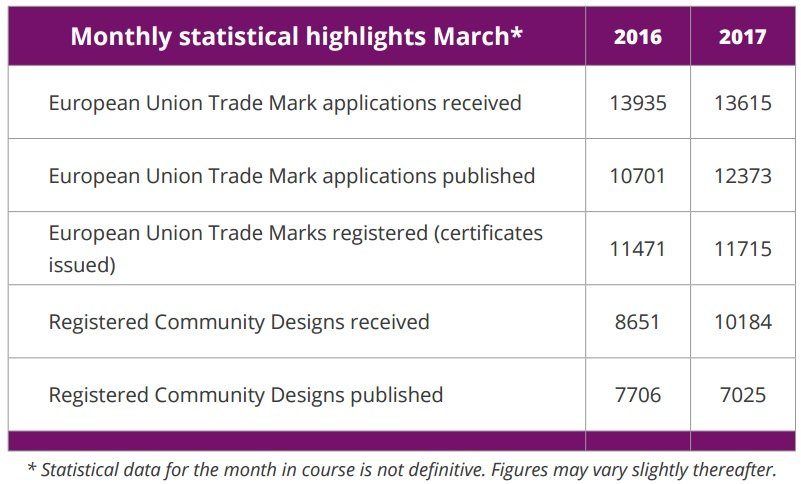