Alicante News #3 for this year. The European Union Intellectual Property Office (EUIPO) has released its latest issue of the “Alicante News”. This time’s focus: The Second phase of legislative changes that will come into force from 1 October 2017. After the first wave of changes on 23 March 2016, the second one will start one and half a years later. 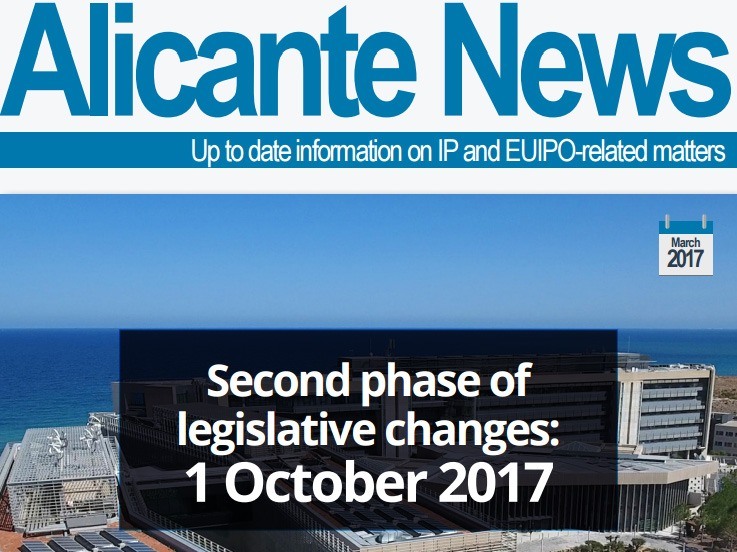 This will be done by means of two separate acts, a Delegated act and an Implementing act which will both apply from 1 October 2017. On 1 October, the graphical representation requirement for EUTMs will be removed. From that date, EUTMs can be represented in any appropriate form using generally available technology, as long as the representation is clear, precise, self-contained, easily accessible, intelligible, durable and objective. Ahead of the entry into force of this change, the Office will provide users with information on the various media and formats that are considered to comply with the new provision.

A certification mark will cost EU 1 800, or EUR 1 500 if applied for online. Other changes include: priority claims will have to be filed together with an application, not subsequently; new streamlined and modern procedural rules in oppositions, cancellations and appeals including substantiation online and rules on belated evidence; the possibility of assigning to the proprietor an EUTM registered without justification in the name of an agent; a codification of the existing practice of suspending surrenders of an EUTM that are made while a revocation action is pending.

Horizontal changes include: a single provision on suspensions applicable to all proceedings; new rules on means of communication; simplified translation requirements; rules on how annexes to submissions must be structured; a new time limit for revocation of decisions and entries in the Register; continuation of proceedings will applicable to deadlines previously excluded (in particular in opposition proceedings) as well as other changes. On 2 May, the Office will publish its draft Guidelines which take account of the second phase of the legislative changes for comments from users, with a definitive set of Guidelines to be published on 1 October.

The second phase of implementation of Regulation 2015/2424 and secondary legislation is being implemented by the Office in a manner that ensures that any impact on users is minimised. The Office will update the dedicated web section on the legislative changes to keep users informed ahead of the entry into force.

February-Statistics: Less Union Trademark Applications, everything else is growing 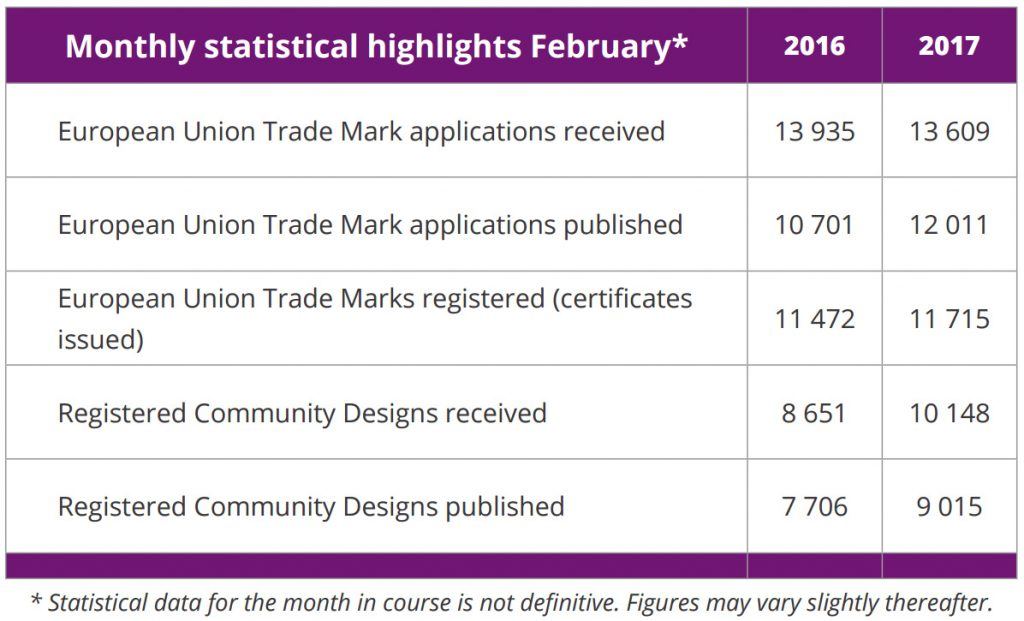