The European Union Intellectual Property Office (EUIPO) has released its latest issue of the “Alicante News”. The February edition focuses on the Anti-Fraud (Anti Scam) Network meeting at EUIPO on February 28th. Read more about it in our article. 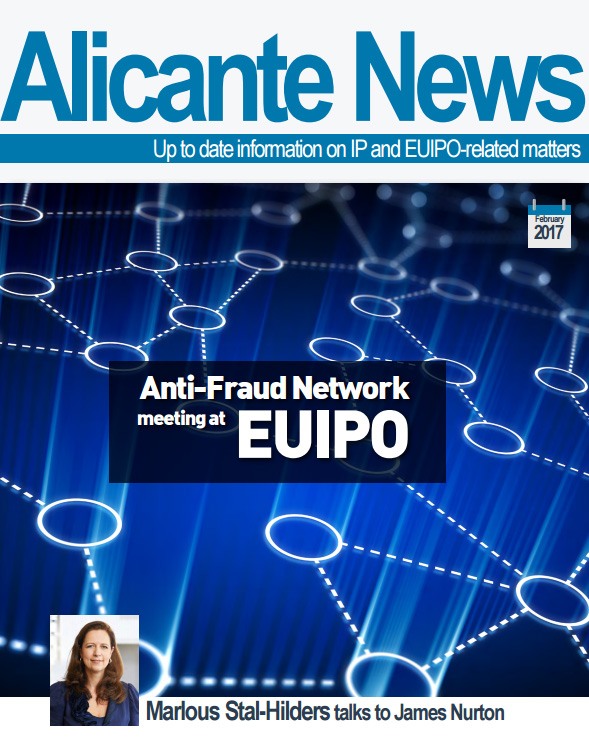 On February 28, EUIPO organised the second Anti-Fraud (Anti-Scam) Network meeting, to share best practices among stakeholders with a view to addressing the practical difficulties in the fight against misleading invoices.

The network covers four areas: IT measures; communication; legal action and cooperation, and is part of EUIPO’s commitment to protect its users against fraudulent activities, in collaboration with enforcement authorities, partner IP offices and user associations.

In common with other IP offices, EUIPO works to alert its users to the problem of misleading invoices. EUIPO reminds its users never to pay until they have checked that the source is official, and that the Office never sends invoices or letters requesting direct payment to users.

If users receive any communications that give rise to doubts, they are kindly asked to check with their legal advisers or to contact the Office. EUIPO currently works at several levels to help protect users from fraud.

January-Statistics: 2017 may become a good year for EU Trade Marks and Community Designs 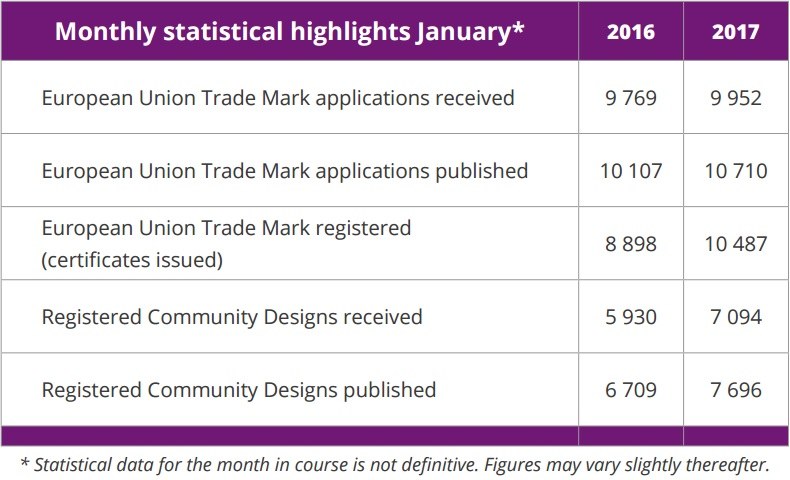