After CETA: What companies need to know about pharmaceutical patents

Nearly unnoticed by the general public, Canada’s Economic and Trade Agreement (CETA) with the European Union and its Member States entered into force on 21 September 2017. This has far-reaching consequences, especially for pharmaceutical patents in Canada.

CETA not only leads to harmonization of standards in the participating countries, but it leads also to a fundamental reform of many Canadian intellectual property laws. Important amendments apply primarily to pharmaceutical patents in Canada. The regulations will initially apply provisionally until the final ratification of all EU countries.

In the field of pharmaceutical patents, therefore, the following important changes have been made:
I) a change in the rules for patented drugs (Notice of Compliance) (PM (NOC) regulations
a) which has the basic intention of eliminating dual litigation, and
b) has a major impact on the approval of generic medicines,
II) and new patent extensions for pharmaceutical patents, so-called “Certificates of Supplementary Protection”, to compensate for delays in the approval of new drugs. 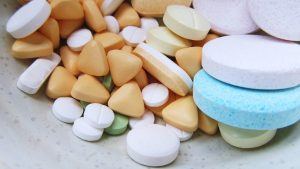 Up to now, Canada has been subject to a so-called “Dual Litigation”: At present, Canada has a system that allows for two legal proceedings between the same parties with respect to one and the same drug and patent:
(i) a fast-track procedure in accordance with the provisions of the Patent Notice of Compliance (PM), which links the patent regime to regulatory approval by Health Canada; and
(ii) a patent infringement or rescission action under the Patent Law.

The new regulations are intended to replace the existing fast-track proceedings with full patent infringement and validity proceedings. In detail, the new rules allow a patentee to appeal to the Federal Court and to ask the court for an order prohibiting the government from issuing an NOC to the generic manufacturer. The key issue here is that the ban should be imposed before generic drug manufacturers receive approval from Health Canada (the Canadian counterpart to the US FDA) to sell their products. The new NOCs are also known as “linkage schemes” because they link regulatory authorities.

Pharmaceutical patents under NOC rules must be registered 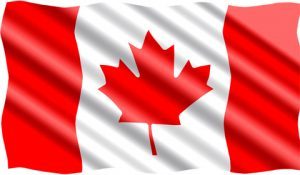 In order to assert his claim under the new NOC rules, the patentee must register his patents in the Health Canada Patent Register within strict time limits. If these deadlines are not met, or are not observed too late, the patentee cannot rely on the new regulations and must again only sue for a conventional patent infringement after the generic company is on the market.

In the context of CETA, Canada has also introduced the term of up to two years if research or regulatory delays have taken up part of the 20-year term of a pharmaceutical patent. This reinstatement of patent protection is carried out by issuing a so-called “Certificates of Supplementary Protection (CSP)”.

, then the Canadian application for marketing approval must be made within a prescribed period of: 24 months (if the application for a CSP was filed no later than the first anniversary of the day on which the CSP provisions come into force) and 12 months, in any other case.

The term of a CSP is the difference between the filing date of the patent application and the date on which Health Canada first granted a marketing authorisation, less five years. In all cases, the maximum term of a CSP is limited to two years.

But caution is necessary: In order to be eligible for aid, the ingredient or combination must not be contained in a medicinal product previously authorised for sale in Canada and must not be the subject of another CSP. Accordingly, after a patent has been granted for a particular medicinal product, no further patent relating to the same product can be granted.

CETA is thus laying down rules for the restoration of patents and lodging appeals, which prolong patent protection for pharmaceutical products and may increase consumer prices and license outflow. And from a different angle: The innovation of pharmaceutical companies is more widely recognized. And incentives will be provided for the early launch of innovative medicines on the Canadian market.

You want to protect pharmaceutical patents?

Then please do not hesitate to contact us. We will help you protect your Intellectual Property rights.