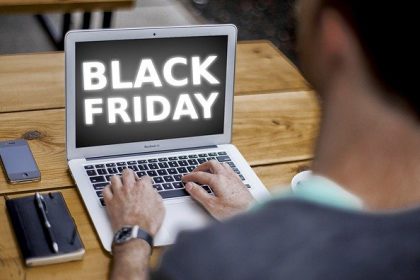 The cancellation of the trademark (TM) Black Friday is cancelled for the time being. The recently published decision of the Federal Patent Court (30 W (pat) 26/18) on the oral proceedings of 26 September 2019 largely reverses the cancellation decision of the DPMA on the trade mark “Black Friday”. In 2018, the DPMA decided to cancel the TM Black Friday on the grounds that the term “Black Friday” was devoid of any distinctive character and that the term “Black Friday” was a generic term which could not be registered as a trade mark. Super Union Holdings Ltd. then filed an appeal with the Federal Patent Court.

Is TM Black Friday descriptive of trade and advertising services?

In essence, the BPatG had to decide whether the designation of a sales modality within the meaning of § 8 (2) no. 2 MarkenG is capable of describing a characteristic of trade services.

Characteristic of commercial services – but with little awareness?

Equally relevant for the judgement was the question under which conditions this suitability can be established if the designation in question was known to only a small part of the public at the time of application. This was also assessed by the BPatG in a leading decision:
“The inherently non-descriptive designation of a discount campaign such as the contested mark Black Friday may therefore be subject to a requirement of availability as a descriptive indication with regard to trade and advertising services even if, at the date of application for registration of the mark (i.e. October 2013), it was known only to a small part of the public in that sense, but had already been used by several undertakings.

The BPatG dealt with a very extensive file and evidence of the parties, because essentially the negotiations were about how well known Black Friday as a discount campaign was actually already in Germany when the word mark Black Friday was protected in October 2013. This is the relevant date for the review of the contested TM Black Friday registration for Germany.

That this is not at all clear and has been examined with great care by the court is shown by three examples. Although Spiegel online already reported on Black Friday before October 2013, there are no concrete (call-off) figures by “unique users” for the term Black Friday. Computerbild.de also already titled “Black Friday: Special offers at Apple” in November 2011 – but Apple did not yet demonstrably use the term Black Friday in Germany. And also Lidl showed “Black Friday” online in November 2012 under “Current offers” in a sub-menu and advertised “Black Friday” on Facebook. However, there is no evidence as to whether and how many consumers have taken note of this.

Therefore, it remains to be established, the BPatG judged, that for none of the discount campaigns introduced in the proceedings is it proven that a considerable part of the traffic would have been reached in the period up to the time of registration.

Moreover, according to the case-law of the Federal Court of Justice, a distribution method does not constitute a characteristic of goods within the meaning of § 8 (2) No. 2 MarkenG, and the ECJ also decided in its Neuschwanstein judgment that the description of the distribution methods of goods does not fall under the protection of a descriptive indication.

TM Black Friday not cancelled for goods in class 9

Thus, § 8 (2) no. 2 MarkenG also fails to provide a ground for cancellation for all goods in class 9 claimed by the disputed mark, the BPatG ruled. This includes inter alia transmission, recording and reproduction of sound and images; scientific and optical, weighing, measuring, signalling, checking, life-saving and teaching apparatus and instruments; apparatus and instruments for conducting, switching, transforming, storing, regulating and controlling electricity; apparatus for recording, and also data processing equipment and computers.

The situation was different for the commercial services claimed and thus for parts of the goods in Nice Class 35, the Court stated. According to the case-law of the European Court of Justice, commercial activity includes, in addition to the legal transaction of the contract of sale, all the activities carried out by an economic operator in order to induce the conclusion of such a transaction.

The Court explained that this included the offer of a discount day. Thus, a sign such as ‘Black Friday’, in so far as it is (from the point of view of the date of filing: in future) a keyword for such a discount campaign, describes a characteristic of the aforementioned commercial services and is thus subject to the requirement of availability and the ground for refusal in § 8(2)(2) of the German Markengesetz.

However, such a forecast as a future catchword for a discount campaign could reasonably be made in 2013 only for retail services relating to services and goods in the electronics sector, the court added. No distinction was made between stationary and online electronics trade, as both were merely two distribution channels for one and the same goods sector, which could also go hand in hand.

According to the judgment, the following goods and services in Nice Class 35 must be kept free:

Therefore, the BPatG held that the cancellation of the trade mark was justified for all trade goods in the field of electronics and also for all advertising services if they are formulated in such general terms that they may also include special “Black Friday” advertising for electronic goods. But please note: if advertising explicitly covers non-electronic goods or services – for example manicure – there is no need to keep the term “Black Friday” free. The court also revoked the cancellation of TM Black Friday for all services in classes 35 and 41 claimed in addition to those mentioned and listed in our article, on the basis of the argument of a need of availibility for the term.

However, an appeal may be filed with the Federal Supreme Court against this ruling of the BPatG. The Federal Patent Court has expressly allowed this with regard to the two important key decisions on sales modalities with regard to trade and advertising services. Thus, if one of the parties lodges an appeal against the judgment, neither the cancellation resolution nor the revocation of the cancellation resolution would thus be legally binding.

Furthermore, in November 2019 the portal Black-Friday.de filed a new cancellation action against the word mark Black Friday for revocation (§ 49 (1) MarkenG) and non-use of the mark. So for the time being, Black Friday 2020 also applies to the Black Friday: Dealers who use the discount campaign via the dealer portal www.black-friday.de are initially legally protected against possible warnings from Super Union Holdings.

Would you also like to protect a trademark or defend against a warning notice?

Our patent attorneys and attorneys at law are experienced and highly qualified in all fields of intellectual property law, both nationally and internationally.

You are also welcome to use a non-binding recall appointment with us!