The revocation of the trademark Black Friday became rather unlikely due to an hearing of the Federal Patent Court in september 2019. Dealers will have to comply with trademark protection for Black Friday in November 2019 again. 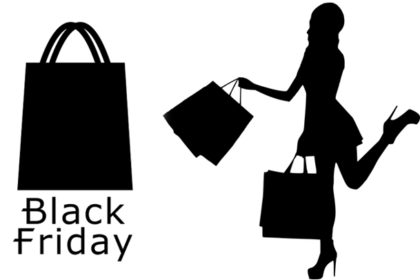 The focus of the hearing and oral proceedings before the Federal Patent Court (BPatG), which took place on September 26, 2019, was the disputed trademark “Black Friday” (30 W (pat) 26/18). In Germany that term “Black Friday” has been registered as a trademark since December 2013.

According to the court’s preliminary assessment, the word mark “Black Friday” could largely survive, the German newspaper “Die Welt” reported. Morever, the judgement could contain a future need for availability, especially for the electrical trade, according to the newspaper.

However, the ruling has not yet been published (as of November 1, 2019), and it is ultimately still open as to when it will be made. This case has an extensive file situation. In addition, the amount in dispute is very high, as it is an internationally known sales day.

In short: the judgment of the BPatG after the hearing on 26 September can lead to the partial or complete cancellation of the annulment of the Black Friday trademark. This would contradict the decision of the German Patent and Trade Mark Office (DPMA), which last year had decided to cancel the trademark Black Friday.

For this year’s Black Friday this means: Dealers will have to comply with the trademark protection for Black Friday in November 2019 for sure.

The trademark dispute over the word mark “Black Friday” will receive a new extension to the previous legal dispute.

On November 27, 2019, the Black-Friday.de portal filed an action for revocation (§ 49 (1) Trademark Act) against the owner of the word mark “Black Friday” at the Berlin Regional Court. In the action, the protected word mark “Black Friday” is challenged with regard to more than 900 goods and services. The applicants claim that the mark for those goods and services has never been put to genuine use on the German market, so that the mark must be cancelled to that extent.

This is a new action against the disputed trademark registration, which is now going to a first instance with the Landgericht Berlin (Court of First Instance in Germany). The following also applies to Black Friday 2019: Dealers who use the discount campaign via the dealer portal www.black-friday.de are initially legally protected against any warnings from Super Union Holdings.

In November 2017 there was already resistance to the trademark registration of the well-known and popular sales campaign. The German operator of the website “Black-Friday.de”, Mr. Simon Gall, took legal action against Super Union Holdings Ltd. The operator of the website black-friday.de, Gall Performance Marketing, obtained an injunction against the trademark owners before the Düsseldorf Regional Court in November 2017. This temporary injunction is legally binding. As a result, all dealers who use the discount campaign via the dealer portal www.black-friday.de were and are currently initially legally protected against any warnings from Super Union Holdings.

The situation is more complicated by the Austrian company Black Friday GmbH. It describes itself as the “exclusive licensee” of the contested word mark Black Friday, which is owned by the aforementioned company Super Union Holdings, and also operates a web portal called https://www.blackfridaysale.de/. Black Friday GmbH is also involved in the court proceedings and is one of two respondents to the proceedings.

At present, in addition to the legally binding order against the trademark owners, a main action against both defendants is also pending before the LG Düsseldorf, the proceedings have not yet been decided. It is usual in such a case that these proceedings are suspended until the final judgment on the cancellation of the contested trademark.

DPMA decided to cancel the trademark Black Friday in 2018

The decision of the German Patent and Trade Mark Office (DPMA) in April 2018 received all the more attention. The DPMA decided to cancel the “Black Friday” trademark after the request for cancellation had been filed by the operators of the website “Black-Friday.de” and also by other parties. The DPMA justified the cancellation on the grounds that the name “Black Friday” lacked any distinctive character and that the term ‘Black Friday’ is a general term which cannot be registered as a trademark. Super Union Holdings Ltd. then filed an appeal with the Federal Patent Court.

The exptected ruling of the BPatG will presumably result in the cancellation decision of DPMA from 2018 being in total or partially annulled for the Black Friday trademark. Nevertheless, this is a preliminary, further stage in this trademark dispute, as an appeal can be filed before the Federal Supreme Court (BGH) against the expected ruling of the BPatG.

Any further warnings by the Super Union Holdings Ltd. could possibly be challenged – depending on the outcome of a final decision before the BGH. If the cancellation would be confirmed in an expected appeal procedure, any warning letters from Super Union Holdings Ltd. in Hong Kong could be regarded as unjustified warnings and it would even be possible to claim damages. In such a case you are invited to contact our law firm.

Were you also warned? We are always at your side!

Did you receive a warning from Super Union Holdings Ltd. (or of the appointed law firm Hogertz LLP)? Then let’s call each other and discuss how best to proceed. Due to the high amount in dispute in a pending case, you should act immediately. We will be happy to advise you.