The Union word mark ‘wave’ has distinctive character for aquarium lights, although expressions containing the word ‘wave’, such as ‘wave effects’ and ‘wavelength’, are common in the aquarium sector. The CJEU ruled in favour of the applicant Tetra GmbH and annulled the different decision of the Board of Appeal. 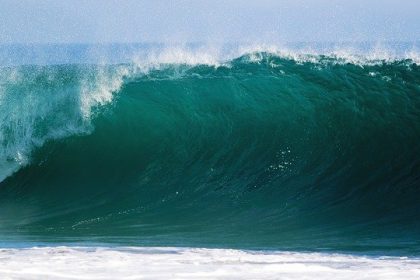 Word marks always move in the area of conflict between descriptive power for the protected mark and at the same time distinctiveness. In other words, a word mark (and, incidentally, a word and figurative mark) must not be descriptive of the product or service that is to be protected by the trademark. Nor may a word mark claim trademark protection for everyday words – in their well-known use.

It must be distinctive and therefore clearly indicate the origin of the product or service. But of course, every trademark owner tries to convey a meaningfulness through his word mark. Tetra GmbH (Germany) has succeeded in doing this with the EU word mark ‘wave’.

The word mark ‘wave’ was registered in 2013 at the European Patent and Trademark Office (EUIPO) for “aquarium lights” of Nice Class 11. Neusta next GmbH & Co. KG (Germany) filed an application for a declaration of nullity. The applicants argued that the Union word mark ‘wave’ was devoid of any distinctive character and was also an everyday word (Article 7(1)(b) and (d) of EU Regulation No 207/2009).

The application for a declaration of invalidity was granted and this decision was subsequently confirmed by the Board of Appeal in October 2019 (the contested decision). The word ‘wave’ is perceived as an indication of the lengths of electromagnetic waves and expressions containing the word ‘wave’ such as ‘wave effects’ and ‘wavelength’ are common in the aquarium sector. The word mark ‘wave’ is therefore devoid of any distinctive character.

No obvious connection between ‘wave’ and ‘wave effects’?

Therefore, Tetra GmbH filed an action before the European Court (CJEU). The plaintiff argued that several steps of thought were necessary to establish a connection between the word “wave” and the expressions “wave effects” and “wavelength”. For example, as regards the expression ‘wave effects’, the relevant public must first establish a link between the word ‘wave’ and a wave and then between that wave and a visual effect. The word ‘wave’ as such does not describe an optical effect or the length of a wave.

The CJEU followed this argumentation. It is true that the distinctiveness of a mark must be assessed in relation to the goods in question, the CJEU explained. However, it could not be generally established that the word “wave” would be perceived by the relevant public as an indication that aquarium lamps produce wave effects or emit a light corresponding to a certain length of electromagnetic waves. Contrary to the argument of the EUIPO, it cannot therefore be established that the word “wave” is descriptive of a characteristic of aquarium lights from the point of view of the relevant public, the CJEU held.

Invalidity of EU word mark ‘Wave’ remains for the time being