Can the number 1000 be registerd as a Union Trade Mark? The European Court of Justice has now ruled against registration as a European Union Trade Mark – and not for the first time. It is possible to protect a number as a wordmark, but it is difficult. 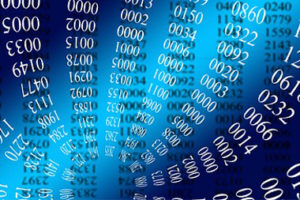 The corresponding EU Trade Mark Regulation (Council Regulation (EC) No 40/94 of 20 December 1993 on the Community trade mark) initially leaves room for interpretation, since Community marks can therefore be any sign that can be represented graphically, “in particular words including names of persons, illustrations, letters and numbers”. Absolute grounds for refusal are merely a lack of distinctive character or a descriptive character for the goods registered in respect of the trademark.

Prehistory of the case

The plaintiff, the German Sata GmbH & Co. KG registered the word mark 1000 as a Union trademark in 2013, which was registered in April 2014 as a Union trademark in Nice Class 7 for “Paint Spraying Guns[Airbrush Gun]”. In September 2014, the intervener, the Chinese Zhejiang Rongpeng Air Tools Co Ltd. filed an application for annulment of the contested mark. Both the Non-Law Division of EUIPO 2016 and the 2017 Board of Appeal confirmed the nullity of the number 1000 as a Union Trade Mark.

Number as wordmark is understandable in all languages 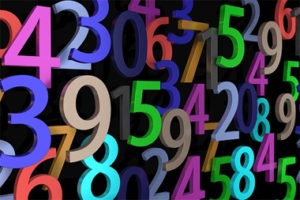 Since the challenged mark consists of a number, it is understandable in all languages and, therefore, the public’s point of view must be taken into account throughout the European Union, the Board of Appeal explained its decision. And in the field of printing and paint spray guns, the number is descriptive and devoid of any distinctive character.

The ECJ specified that there was a “sufficiently direct and concrete connection between sign 1000 and a characteristic of the goods covered by the challenged mark, namely the printing strength, so that the sign falls within the category covered by Article 7(1)(1). c of Regulation 207/2009”.

The fact that no unit of measurement is mentioned in the contested mark is irrelevant. The relevant public establishes a mental connection between the printing strength and the word mark, was assumed by the court.

Reference to equal treatment with precedents

Among other things, the applicant also alleged that the EUIPO had infringed the principles of equal treatment and sound administration. It has already been possible to register marks which are identical in structure, goods covered and the relevant public to the challenged mark.

In fact, Agencja Wydawnicza Technopol applied for the sign 1000 for the Nice Class 16 as a Community trade mark for: “Brochures; magazines, including puzzle and game books; daily press. Technopol claimed that the sign “1000” was not descriptive without the addition. In addition, there is no need to keep the[sign’1000′] free for third parties, as there are 10 000 possible combinations for a number with four digits. However, even this registration of the number 1000 was successfully contested and declared invalid (EU:C:2011:139). In this case, the judgement stated that the disputed mark 1000 was not distinctive because the consumer perceived it as a promotion of various publications and not as an indication of origin.

Therefore, the ECJ now emphasised that the applicant for one sign as a trade mark cannot invoke incorrect application in favour of another in order to obtain an identical decision.

Documents submitted to the Court for the very first time

The applicant submitted two different annexes to the ECJ for the first time. The Court took a different view of the two annexes: a longer technical article containing additional factual information was rejected as inadmissible without the validity of the evidence being examined. However, the annex, which consisted of extracts from the Union Trademark Register, was not rejected. “Such extracts are not evidence in the true sense of the word, but concern the decision-making practice of the EUIPO in so far as they partly show the implementation of this practice”, the ECJ states in its judgement.

The word marks 2000, 3000, 4000, 5000 and 6000 were also annulled in the same way and between the same parties to the dispute on 29 May 2018. In all cases, the ECJ recognised an absolute ground for refusal to register the respective number as a wordmark: the descriptive character of the disputed word marks.