China announced facilitations in trademark act, especially in order to be able to take action against unauthorized trademark registrations. On November 1, 2019, the trademark law reform will come into force. The law against unfair competition has already been reformed with interesting features. 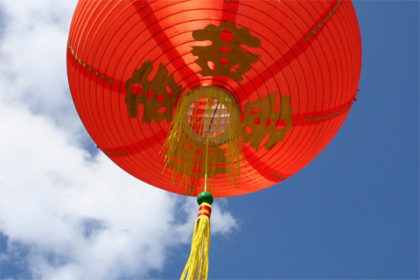 China sees itself in the policy of liberalization and facilitation of investment on the way to a high level. According to the Chinese People’s Congress, the National People’s Congress Standing Committee (NPCSC),  China creates improved mechanisms to promote foreign investment.

In this spirit, the meeting of the Standing Committee of the National People’s Congress on 23 April adopted a reform of the Trademark Act, announcing simplifications in order to be able to take action above all against unauthorised trademark registrations without the intention of using them – so-called trademark squatting.

Amendments to eight laws on “Improving the Business Environment” were passed by the People’s Congress and are due to come into force on 1 November 2019.

In practice, the trademark act reform that has been passed makes it easier to successfully protect trademarks in China:

Trademarks which have already been registered in bad faith are declared invalid (Art. 44), the People’s Congress has decided. How this can be realized in practice, you are invited to read hear: Trademark infringement in China: what to do?

The amendment also provides for stricter penalties for infringements. The People’s Congress provides for the following penalties:

Authorisation of the courts

Equally interesting are the innovations foreseen for the courts.

How this will look in practical implementation remains to be seen. Because the Chinese judgments are very diverse and contradictory. This is due to the very diverse court system in China. Besides the Supreme People’s Court there are Basic, Intermediate and Higher People’s Courts. And only some of the respective courts can decide in trademark and patent proceedings. (Read more under: New IP Court in China ).

Reform of law against unfair competition already in force

Another important area for the market environment in China has already entered into force and concerns the handling of trade secrets.

There are various revisions relating to the Act against Unfair Competition [反不正当竞争法]. The aim was to improve the possibilities of protecting a trade secret in China.

The People’s Congress has decided on the following changes:

Also there are interesting new features relating to protection of trade secrets:

The People’s Congress provides for the same penalties for violations of trade secrets as in the trademark law reform:

Do you also need support in enforcing your intellectual property rights?

Each case is considered individually and carefully by our lawyers, experienced in trademark and patent law, national and international law.