For the first time since the reform of trademark law, which among other things introduced sound marks, the European Court ruled about a sound mark. The sound mark “tin plop” was devoid of distinctive character, the CFI ruled – with interesting aspects of case law relating to sound marks. 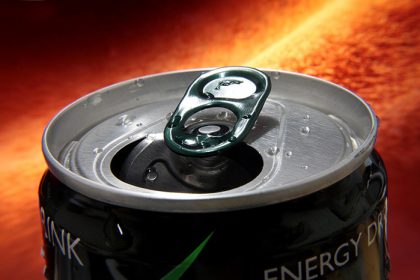 The disputed sound mark “tin plop” (cans pop) is an auditory sign which is reminiscent of the sound made when opening a beverage can, followed by about one second of no sound and a tingling sound of about nine seconds. When filing the application, the trade mark applicant, Ardagh Metal Beverage Holdings GmbH & Co. KG (Germany) submitted an audio file with a small sequence of sounds – and a deliberate silence. Protection for the sound mark “Dosen Plopp” was sought for goods in Nice classes 6 (“Bahälter”), 29 (“Milchgetränke”), 30 (“Getränke mit Kaffee”) and alcoholic beverages and beer (classes 32 and 33).

However, the trademark office refused to register the sound mark because of the lack of distinctiveness for a commercial origin, a basic requirement for any trade mark.

The Board of Appeal, which was subsequently seised, also confirmed this view. The criteria for assessing the distinctive character of sound marks are no different from those applicable to other categories of marks, the Board of Appeal held. Moreover, the public at large is not necessarily accustomed to considering a sound as an indication of the trade origin of unopened beverage containers and packaged beverages.

The applicant and German packaging manufacturer appealed against this decision before the European Court of Justice (CFI). And so now there is a first European judgement since the reform of trademark law in 2017 in relation to a sound mark – with interesting aspects beyond the “tin plop”.

In order to be registered as a trademark, does a sound have to have a certain resonance or recognition value?

And did the sound mark reproduce a sound inherent in the use of the goods claimed (i.e. a typical sound), so that the relevant public saw this mark as a functional element and as an indication of the characteristics of the goods in question?

In general, the question also arises as to whether a sound which is only produced when a package is opened influences the decision to purchase; the Board of Appeal answered in the negative.

And last but not least: does a sound mark with an inherent sound have to deviate “significantly” from the norm or customary in the industry – as is an established criterion in case law for three-dimensional marks representing the external appearance of a product or its packaging?

First of all, the CFI confirmed that the criteria for assessing the distinctiveness of a sound mark are no different from those for the other categories of marks; because Art. 7(1) of Regulation 2017/1001 does not distinguish between these different categories.

Accordingly, a sound protected as a sound mark must have a certain resonance, the court ruled – and not merely as a functional component or indicator without intrinsic characteristics. In any case, consumers must establish a connection to the sound mark’s commercial origin through the sound mark.

With regard to the mark “tin plop”, the CFI found two characteristics of the mark, namely the soundlessness lasting for about one second and the sound of pearls tinkling for about nine seconds. However, according to the court, such nuances in relation to the classical sounds that beverages make when opened cannot be sufficient to prove the required resonance in the present case. The sound mark was therefore not an indication of commercial origin.

Not analogous to 3D mark representing goods or packaging

However, the CFI criticised the reasoning of the Board of Appeal. It had denied the sound mark “tin plop” the required resonance and justified this with the “extraordinary simplicity” and “everydayness” of this sequence of notes. However, this reasoning was based on the case law of three-dimensional marks consisting of the appearance of the product itself or its packaging, the CFI explained.

This, however, was not correct with regard to a sound mark. A word, figurative or sound mark may well consist of a sign which is independent of the appearance or shape of the goods designated by the mark. The CFI referred to the supreme court judgment Wajos of 2019, in which the ECJ had also drawn attention to this circumstance. Therefore, the CFI now ruled, the case law for three-dimensional trade marks consisting of the appearance of the goods themselves or their packaging cannot, in principle, be applied to sound marks.

Sound only when opening the packaging – influence on purchase decision?

The CFI also found that the Board of Appeal erred in another point of its reasoning. If the sound is only heard when the product in question is consumed and thus only after it has been purchased, it cannot serve as a guide for the relevant public in its decision to purchase, the Board of Appeal had stated.

But the CFI disagreed. Most goods are inherently silent and only produce a sound when they are consumed, the court explained. The mere fact that a sound is heard only when a product is consumed does not mean that the use of sounds to indicate the commercial origin of a product is unusual in a particular market, it said. Moreover, this did not have a decisive impact on the operative part of the contested decision, the CFI added.

CFI confirms decision of the Board of Appeal

However, the legal errors of the Board of Appeal were not such as to render its entire decision erroneous, the CFI held. It was clear from the overall consideration of the reasoning that the Board of Appeal had not relied exclusively on the case-law developed in relation to three-dimensional trademarks, the CFI stated. It had rightly decided that the sound mark lacked the necessary distinctive character.

The CFI dismissed the German packaging manufacturer’s action in its entirety.