Checkered design: Registration decisive, not the use of a trademark

No distinctive character for checkered design 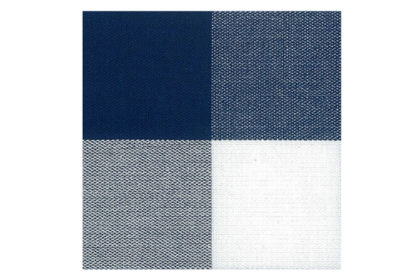 Today, the Court of Justice of the European Union (CJEU) ruled that a trademark application for the representation of a checked design in the colours blue and white is valid as filed, not as used.

The plaintiff claimed in vain that the trademark applied for was used as a logo and label in the group of goods claimed in the textile sector. The Trademark Office (EUIPO), the Board of Appeal and today also the European Court rejected the trademark registration, as there is no distinctive character and checkered designs are very common in the design of fabrics and textiles.

In essence, today’s hearing therefore revolved around the assessment of the dispute mark.

In its decision (“contested decision” from 8 august 2018), the Board of Appeal had clarified that the applicant Hästens Sängar AB (Sweden) had applied for registration of the mark as a Union figurative mark in the textile sector, but that it would be perceived as a simple geometric design. The mark applied for cannot be distinguished from the appearance of the goods concerned.

That two-dimensional mark merges with the product. Therefore, the trademark in dispute could provide the necessary proof of origin of a trademark only if it differed substantially from the norm or customs of the textile sector.

This is analogous to the case law on 3-dimensional trademarks which merge with the product, as the CJEU emphasized again today. This case-law, which was developed in connection with three-dimensional marks consisting of the appearance of the goods themselves, also applies if the mark applied for is a figurative mark consisting of the two-dimensional representation of that product, the European Court explained.

In this context, you are also welcome to read: “Position mark Hole pattern refused: mark merges with product“.

Accordingly, the applicant argued before the CJEU that the mark did not consist at all of the surface of the goods, but rather of a logo on its advertising material, and that it was also applied to the textiles as a label. The Board of Appeal should also have given the applicant the opportunity to clarify that use of the mark, which was not described in that way when the mark was registered, criticised the applicant.

That objection was rejected by the Court. If the applicant had wished to limit the scope of protection of the mark, it should have done so in its application for registration, the CJEU stated. A trade mark should always be assessed as it was filed and not as it is used, the Court added. The CJEU therefore dismissed the action and also the trademark registration of the check design.

Would you also like to protect your trademark or your brand name?