Surface pattern difficult to protect as a trademark

A 3-D design of crossing wavy lines cannot be protected as a figurative mark, the ECJ ruled.  The Court did not consider the obligation to provide a proof to be sufficient – a „probable use“ was not a relevant criterion. 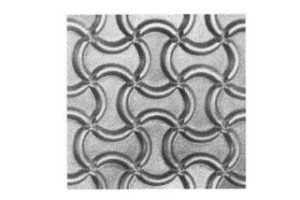 The plaintiff in this case is the legal successor of Birkenstock Orthopädie GmbH & Co. KG, Birkenstock Sales GmbH. In June 2012, Birkenstock obtained the international registration of a figurative trademark for the European Union, among others, from the International Bureau of the World Intellectual Property Organization (WIPO) on the basis of a German trademark. This figurative mark showed a 3-D pattern of intersecting wavy lines, which was to be registered, among other things, for the goods “footwear, shoe soles”. However, the European Patent and Trade Mark Office (EUIPO) refused this trademark registration because of the lack of distinctive character of the disputed sign within the meaning of Article 7(1)(b) of Regulation No 207/2009.

The subsequent Board of Appeal of the EUIPO also refused registration of the mark. The sign is represented in a repetitive sequence which can be continued in all four directions of the square and can therefore be applied to any two- or three-dimensional surface. The Board of Appeal therefore found that the sign at issue was immediately perceived as representing a surface design.

Since consumers are not in the habit of making assumptions about the commercial origin of goods on the basis of signs which merge with the appearance of the goods themselves, it is settled case-law that those signs have distinctive character only if they depart significantly from the norm or customs of the sector.

The European Court of Justice confirmed this view and stated that this very proof had not been provided. It is the trade mark applicant’s task to make it comprehensible, by means of concrete and well-founded information, that the design representation, which is fused with a product, deviates considerably from the norm. Only then did the designs fulfil their essential function of identifying origin. The images of shoes submitted by the applicant are not such as to establish the existence of a clear departure of the sign at issue from the norms and customs of the footwear sector. All the images submitted show the upper surface of the insoles.

Furthermore, if the ECJ were to adopt the criterion of „most likely use“ as a criterion – as the appellant had argued in the light of general case-law – figurative marks containing repetitive elements would be subject to much stricter criteria for assessing their distinctive character than other forms of trade mark.

Criterion for a surface pattern 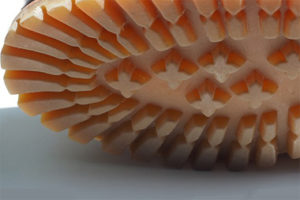 The Court also examined the question of the relevant criterion by which a sign, designated as a figurative mark and composed of a series of regularly repeating elements, may be regarded as a surface design for the goods concerned. The decisive factor in that regard is not the classification of the sign in question as a “figurative sign”, a “three-dimensional sign” or any other sign, but the fact that it fuses with the appearance of the marked product.

The Court also stressed that it was correct that the criteria for assessing the distinctive character of three-dimensional marks consisting of the appearance of the product itself are no different from those applicable to the other categories of mark.

However, a 3-D mark consisting of the appearance of the product itself is not necessarily perceived by the average consumer in the same way as a word or figurative mark. In the absence of graphic or word elements, the average consumer does not normally infer from the shape of the goods or their packaging the origin of those goods.

Classification as a design mark is irrelevant

In his Opinion, the Advocate General found, as an intermediate conclusion, that the applicability of the criteria for assessing distinctiveness originally developed by the case-law in the context of certain three-dimensional marks does not depend on the classification of the mark in question. It is therefore irrelevant whether, for example, the mark in question is a design mark.

In those two cases, too, the trade mark does not consist of a sign which is independent of the appearance of the goods associated with it, the Advocate General pointed out.

With its judgment, the ECJ confirmed the arguments of the EUIPO and the Board of Appeal of the EUIPO and also of the Advocate General. The disputed design mark could not be registered as a protected trademark due to its lack of distinctive character. Ultimately, this judgment is analogous to the general case law for 3 D marks. Three-dimensional shapes can generally be protected as trademarks, but not if the shape is an “essential utility feature” of the product.

In this context these articles may also be interesting:

Do you want to protect your surface pattern or your trademark?