Pierre Balmain: No distinctiveness through originality of the mark

No distinctiveness through originality of the mark, the European Court ruled in the trademark dispute concerning the Lion Union figurative mark of the Paris fashion company Pierre Balmain. The case-law on 3D marks was rightly applied to the figurative mark.

The Union figurative mark in dispute of the famous Parisian fashion company Pierre Balmain shows a lion’s head surrounded by rings, purely figurative and without any word element. This figurative mark was applied for as an EU trademark for the Nice classes 9, 14, 18, 25 and 26.

Partial trademark protection was granted, but the claim for protection was rejected for the classes 14 (“cufflinks; ornaments”) and 26 (“knobs, buttons”). The Board of Appeal upheld that refusal for Classes 14 and 26 and found that the representation of a lion’s head did not have any features which were memorable for goods such as buttons, the trade mark application lacked the necessary distinctive character for those goods.

The applicant Pierre Balmain company challenged that decision before the European Court (CJEU). It argued that the mark applied for consisted of an imaginative and original graphic representation of a lion’s head, resulting from an artistic creation, and that it was in no way descriptive of the goods claimed.

No distinctiveness through originality

The European Court rejected this objection. Distinctiveness of a sign cannot be derived from fantasy or originality, the CJEU emphasised and referred to the corresponding ruling on the well-known 3D bottle shape for Franconian wine from last year, which had also been denied trademark protection. Neither the degree of attention of the relevant public nor the fact that the relevant public is specialised is decisive for the assessment of the distinctive character of a sign, the European Court stated. 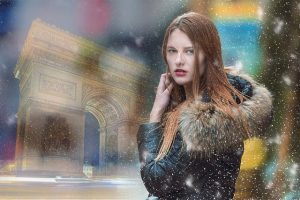 Moreover, the applicant’s argument that the mark at issue is in no way descriptive of the goods claimed is meaningless in the assessment of distinctive character. A descriptive character of a mark applied for and a lack of distinctiveness are two different criteria, based on different points of the EU Regulation No. 2017/1001, explained the CJEU. The fact that the applicant’s appeal was based on Article 7(1)(b) of the Regulation meant that only distinctiveness had to be assessed in the appeal proceedings, but not the descriptive character of the mark (that would be Article 7(1)(c)).

In addition the applicant, company Pierre Balmain, complained that the Board of Appeal had relied on the case-law on three-dimensional marks, even though the mark applied for was a figurative mark which, moreover, would not be confused with the goods claimed. The CJEU rejected that complaint also.

Average consumers are not in the habit of making assumptions about the origin of products on the basis of their shape or the shape of their packaging in the absence of any graphic or word element. It may therefore be more difficult to establish distinctiveness in relation to such a three-dimensional mark than in relation to a word or figurative mark, especially in the case of a three-dimensional mark consisting of the appearance of the product itself.

According to general case-law, in such circumstances only a mark which departs significantly from the norm or customs of the sector and thereby fulfils its essential function of indicating origin is distinctive within the meaning of Article 7(1)(b) of Regulation 2017/1001.

It was possible that the mark applied for would be affixed to buttons in one of its uses. In such a case, the mark does not consist of a sign which is independent of the appearance of the goods it designates. Therefore, the Court stated that the case-law on signs which are confused with the appearance of the product must be applied. The Board of Appeal therefore correctly applied the case-law on three-dimensional marks applied to the Lion figurative mark in dispute.

The action brought by the fashion company Pierre Balmain was dismissed.

Would you also like to protect your trademark or your brand?

Our attorneys will be happy to advise you. Please contact us if you are interested – we look forward to your call!