Opposition due to an earlier registered trade mark

An opposition may be filed against a trade mark registration by the proprietor of an earlier registered trade mark, if it is identical or similar to this earlier trade mark. But this requires particular care: he must be able to prove his good reputation – by exactly the same as the trademark was registered. 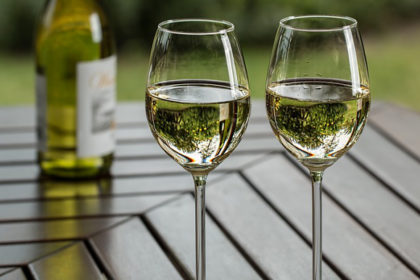 A case such as this was decided before the Court of the European Union (CJEU) between ANNA DE CODORNIU and ANA DE ALTUN – both better known as white wine and both registered as word and figurative marks – and also as word marks for alcoholic goods in Nice Class 33.

The intervener Codorniu SA (Spain) filed a notice of opposition under Article 8(5) of Regulation (EU) 2017/1001, relying on its earlier registered word mark ANNA DE CODORNIU and on the word and figurative mark Anna, representing a small portrait of a woman. For reasons of procedural economy, the opposition was examined on the basis of that earlier registered word and figurative mark Anna with portrait of a woman.

Opposition by the proprietor of an earlier registered trade mark

It is fact that the trade mark offices – both the European EUIPO and the German DPMA – examine so-called absolute grounds for refusal preclude registration of the trade mark applied for when filing a trade mark application. These include the lack of distinctive character and also the fact that a trademark is purely descriptive – and, since the last modernization of trademark law (in Germany as MaMoG on January 14, 2019), the fact that a geographical indication and protected geographical designation of origin as well as a protected variety denomination are infringed.
Nevertheless, it may happen that a trademark is unjustly registered, because the offices – in contrast to patent law – do not carry out an official search. Thus, the Office does not check in any way whether a similar or even identical mark has already been registered. In such a case, however, the proprietor of an earlier registered trade mark may file an opposition pursuant to Article 8(5) of the EU Regulation – and in Germany by analogy pursuant to § 8 MarkenG.

Conditions for a successful opposition

Three conditions must be met for an appeal under Article 8.5 of Regulation (EU) 2017/1001 to be successful. The conditions are cumulative, which means that if even one of the three conditions is not met, the opposition is rejected:

Are the trade marks similar?

Applicant Bodegas Altún, S.L. (Spain) claimed before the European Court that there was no similarity whatsoever. The differences between the conflicting signs are perceived more strongly than the slight similarities: after all, only three letters are identical between the marks at issue.

However, the court rejected this. Anyone who sees the same female first name “Ana” or “Anna” would establish a link between those signs, all the more so because such a first name does not describe the goods in question. There is thus a degree of similarity, was ruled by CJEU.

A good reputation has to be proved

In order to determine whether a mark has a good reputation, this must be proved by the proprietor of the earlier registered mark. On the basis of the evidence to be submitted, the court will then make the overall assessment. Astonishingly many companies, including well-known brand companies, fail because a trademark or brand changes dynamically in the spirit of the times of marketing and also in the presentation on the goods. However, the proof must be the same as the trademark application and registration. Only a few weeks ago, a proof of the brand of the famous sports manufacturer adidas was not recognized before the European Court of Justice, because the color-interviated brand representation – white bars on a black background – was not accepted – we reported.

In the present case, although the intervener Codorniu SA relied on the earlier registered word and figurative mark Anna with portrait of a woman, the evidence showed ANNA DE CODORNIU, sometimes also Anna de Codurniu, with the female bust. The intervener argued that the advertising for the period 2006 to 2012 helped to create a universe around that woman’s name for the Spanish wine consumer.
The image of the ANNA DE CODORNIU brand has simply developed into a stylised and more elegant aesthetic, as reflected in the press. The EUIPO had followed this reasoning and accepted the proof of the earlier registered trademark. The word “Anna” plays a different role in the designation of cava than the word “Codorníu”, which identifies the producer, was held by the EUIPO, and that those terms, even if combined, do not form a unit. The Board of Appeal also pointed out that all the evidence adduced by the intervener showed the existence of a reputation for the earlier mark at issue in relation to “Cavas” in Class 33.

The European Court (EuG) dismissed this and rejected the evidence submitted by the patroller. The documents submitted could not prove that the earlier mark to be examined had acquired its own reputation independently of the expression “de codorníu”, the CJEU ruled.
The Court therefore annulled the decision of the Board of Appeal of the European Union Intellectual Property Office (EUIPO) of 14 March 2018 (‘the contested decision’, Case R 173/2018-1). The opposition of the intervener Codorniu SA, proprietor of the earlier registered trade mark, was rejected.

Would you also like to protect or to defend your trademark or brand?