ONE vs. figurative mark THE ONLY ONE: CFI ruled against Nestlé

When an earlier mark, which is also very well known, is fully integrated into a new mark, this is a stronger indication of likelihood of confusion – possibly even maliciously. However, Nestle lost before the CFI just before Christmas with its word mark ONE against the figurative mark THE ONLY ONE. 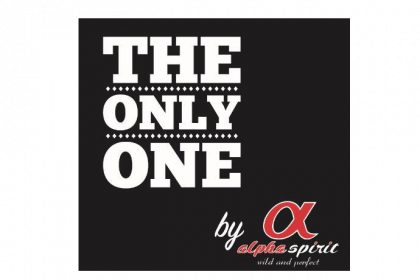 In September 2016, the intervener, Société des Produits Nestlé S.A (Switzerland), filed an opposition against registration of the Union figurative mark THE ONLY ONE by alphaspirit wild and perfect, which had been applied for in April 2016 by the applicant Amigüitos pets & life, SA (Spain).
Nestlé based the opposition on the likelihood of confusion with its own earlier registered word mark ONE and also claimed the special protection of the earlier well-known mark and its reputation under Article 8(5) of EU Regulation No 2017/1001.

ONE no dominant element in Unionmark THE ONLY ONE

Contrary to the Board of Appeal’s assessment, the CFI did not consider the word element ONE in the mark in dispute “THE ONLY ONE by alphaspirit wild and perfect” to be a dominant element. Both the figurative elements and the seven word elements contribute to the fact that ONE is not dominant in the overall impression. The Court of First Instance pointed out that a component of a composite sign does not retain such an independent distinctive role if, together with the other component or components of the sign, it forms a unit which has a meaning different from that which those components have in themselves (see judgment of 8 May 2014, Bimbo v OHIM, EU:C:2014:305). Although the element ‘the only one’ occupies an important part of the black square, the visual impression of the mark applied for is determined by seven words which are not negligible, the CFI held.

For that reason, the two marks are visually different. Furthermore, the degree of phonetic similarity between the marks at issue must be regarded as low.

Proof of the earlier well-known mark ONE

The decisive factor in this case, however, was proof of the earlier well-known mark ONE. In the present case, in order to establish that the particular reputation of the earlier mark had been proved, the Board of Appeal relied both on press articles concerning the mark PURINA ONE, on information on the development of that mark and on screenshots from the websites, and on the affidavit of the Marketing Director of Nestlé, which provided information on the marketing, distribution and market shares of the mark ONE and on the registrations of the marks PURINA ONE and ONE.

Contrary to the submissions of EUIPO and the intervener, the evidence submitted proved the reputation of the mark PURINA ONE and not that of the earlier mark ONE, the CFI found.

Admittedly, the proprietor of a registered trade mark may, in order to prove the reputation of that mark, rely on evidence of its reputation under another form, in particular under the form of another registered trademark, provided that the relevant public continues to perceive the goods in question as originating from the same undertaking.

In this context, please read also:

In the present case, however, the Board of Appeal of the EUIPO, in determining the reputation of the earlier mark, relied essentially on the evidence relating to the mark PURINA ONE and did not raise the question whether or not that reputation could be established on the basis of a mark represented in another form.

Accordingly, the European Court granted in its entirety the action brought by the applicant Amigüitos pets & life and annulled the contested decision. Nestle lost with its word mark ONE against the Union figurative mark THE ONLY ONE by alphaspirit wild and perfect.

Would you also like to defend your trademark or your brand name?

Our lawyers have many years of expertise in trademark law as well as in all aspects of intellectual property and are entitled to represent you in any court – in Germany and internationally.
Please contact us if you are interested.