Genuine use of the trade mark in abbreviated form

In opposition proceedings concerning the Union word and figurative mark Cactus, the ECJ ruled on the genuine use of the mark in abbreviated form – with a stylized cactus. Equally interesting is the judgment with regard to the designation of the goods or services and the necessary uniqueness of a trademark application. 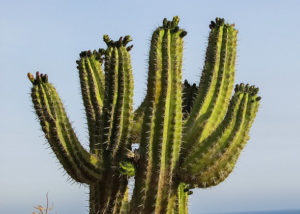 On 13 August 2009, Ms Del Rio Rodríguez (Spain) applied to the EUIPO for registration of the figurative mark ‘Cactus of peace’ with ‘Cactus le la Paz’ as Union trade mark. In March 2010, Cactus SA (Luxembourg) filed an opposition against this trademark registration and invoked its own earlier EU word mark Cactus as well as its own Union word and figurative mark Cactus. The opposition was upheld in respect of Nice Class 35. The Board of Appeal dismissed the opposition in its entirety. The court then seised (C 501/15 P, judgment under appeal) annulled the decision of the Board of Appeal.

The main issue was proof of genuine use of the earlier marks for retail services in Class 35 of the Nice Agreement.

Uniqueness of a trade mark – designation of the goods or services

What was that about? In the first plea, the European Court of Justice (ECJ) had to rule on the case law of the uniqueness of a trade mark application with regard to the designation of the goods or services. Does the use of the heading of a Nice class cover all services in that class, including retail trade services?

In the judgment under appeal, the Court had held that, for earlier marks, the use of the heading of a Nice class covers all services in that class, including retail services for all conceivable goods. In view of the principle of legal certainty, the case-law established by the IP Translator judgment does not apply to trade marks registered before the delivery of those judgments.

The ECJ confirmed this view of the Court. The Court of First Instance rightly held that the case-law based on the IP Translator judgment did not apply to earlier trade marks, the ECJ clarified.

Genuine use of the trade mark in abbreviated form

In a further plea, EUIPO claimed that genuine use of the mark had been proved by Cactus SA only in abridged form, only as a figurative element of the earlier mark – the stylised cactus – without the word element “cactus”. It is an error of law to regard the stylised logo of a cactus of the registered form of the composite mark as essentially equivalent, EUIPO argued.
The EUIPO also considered the Court’s assessment of the equivalence of the marks at issue to be an error of law. The Court of First Instance only took account of the conceptual equivalence of the word and figurative elements of the marks, but did not examine the visual and phonetic differences. In addition, prior knowledge which consumers might have of the earlier mark Cactus was unlawfully presumed.
Finally, the examination of the difference was not carried out correctly in the European Union, but only in Luxembourg.

Findings concerning the attention, perception or attitude of the relevant public are part of the assessment of the facts and must be made exclusively by the competent court. The appeal before the ECJ is limited to questions of law, the ECJ stressed. The same applies to the examination of differences within the European Union.

Proof of use of a trade mark also in abbreviated form

However, the ECJ made a clear statement on the representation of the trademark in abbreviated form. Use of the mark in a form which differs from the registered form is deemed to be use of the mark if the distinctive character of the mark has not been altered in the registered form, the ECJ ruled (Art. 15 para. 1 subpara. 2 letter a of Regulation No. 207/2009). This also applies to a composite mark, of which only the figurative element is used, the ECJ clarified.
All the more so since the Court had explicitly described that the two components of the earlier figurative mark, the stylised cactus and the word component “cactus”, each reproduce the same conceptual content in their own form. In such a case, the ECJ held that the omission of that word element in the abbreviated form of the earlier figurative mark could not affect its distinctive character.

Consequently, the grounds of appeal must be dismissed as partly inadmissible and partly unfounded, the ECJ clarified in its judgment and dismissed the action in its entirety.