The CFI confirms the likelihood of confusion between the Union word marks KENWELL and KENWOOD, both claimed for kitchen appliances and mixers. Although the second syllables -WELL and -Wood are different and English vocabulary, the signs have a medium degree of similarity. 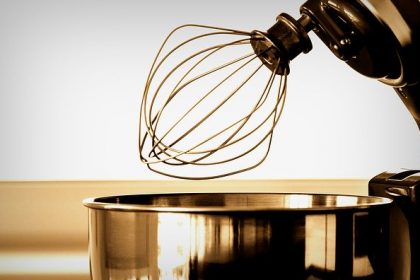 In 2014 the applicant, Wonder Line, SL (Spain), filed an application for registration of an EU trade mark for KENWELL. The opposition was based, inter alia, on the EU word mark KENWOOD, which was registered on 18 December 2002. The opponent, De Longhi Benelux SA (Luxembourg), claimed that that mark was well known throughout the European Union for kitchen appliances and mixers. It was in respect of those same goods that the contested mark KENWELL was claimed, inter alia, in Classes 7, 9 and 11 of the Nice Agreement.

By decision of 11 February 2019 (‘the contested decision’), the Second Board of Appeal of EUIPO dismissed the appeal. The applicant for the trade mark KENWELL brought an action against that decision before the European Court of First Instance (CFI).

Similarity great enough rising to a likelihood of confusion?

The CFI essentially had to decide whether KENWELL and KENWOOD were so similar that there was a likelihood of confusion between them.

The Board of Appeal had found that there was an average degree of similarity both visually and phonetically. And since the signs are not perceived as vocabulary, the conceptual comparison is not possible or not relevant for the assessment of the likelihood of confusion. Moreover, the goods covered by the marks in question are ‘partly identical, partly similar and partly slightly similar’ – and that assessment was not challenged by the parties.

The applicant argued that the double consonants ‘LL’ in the mark applied for and ‘OO’ in the earlier mark made it impossible to confuse those marks visually, as did the signs -WELL and -Wood, which are understood as words by the English-speaking public in the EU and thus also imply a conceptual difference. The two syllables ‘KEN’ and ‘WOOD’ of the earlier mark and ‘KEN’ and ‘WELL’ of the mark applied for are also pronounced, so that the two marks, taken together, are not phonetically similar.

The Court of First Instance examined very carefully the sequence of signs of the two marks, as is usual in such proceedings concerning likelihood of confusion between word marks. Each of these marks contains seven letters, and they also share the same first four letters “K”, “E”, “N” and “W”, which are arranged in the same order, the CFI held. Moreover, the last three letters in both marks are followed by double letters. There is therefore at least a medium degree of visual similarity, the CFI held.

The same applies to the phonetic similarity, which also shows at least a medium degree of similarity. “KEN-WOOD” versus “KEN-WELL”: the first syllable is phonetically identical, the second syllable begins with the same consonant “W”, and the two marks also have the same phonetic length.

Finally, the Court of First Instance also examined the conceptual similarity. “It is true that ‘WOOD’ and ‘WELL’ are part of the vocabulary of the English language and that the element ‘KEN’, which is common to both marks, could also mean ‘range of knowledge or perception’ according to the Collins dictionary, the Court of First Instance stated. However, the Court found that, for the English-speaking public, the word elements ‘KENWOOD’ and ‘KENWELL’, which are unusual in their structure, are not well-known expressions in English.

The Board of Appeal was right to find that the marks at issue had no meaning overall and that no conclusion could be drawn from their conceptual comparison, the CFI held.

And since the goods claimed were partly identical and otherwise similar, even an average degree of similarity between the signs creates a likelihood of confusion. This is because similarity and identity of claimed goods can only be offset by a high degree of differences between the marks.

Do you also wish to protect or defend your trade mark?