The Berlin university medicine Charité is not only famous, but also protected as an EU word and figurative mark by the Charité. In the trademark dispute over the Union wordmark Charantea for identical goods, Charité lost today before the European Court.

When in May 2016 the applicant, Dalasa Handelsgesellschaft mbH, applied for the term Charantea as a union word mark, the famous Charité in Berlin filed an opposition against the trademark application. Charité – more precisely Charité Universitätsmedizin Berlin, a public law entity – claimed its own union word and figurative mark Charité, which was protected as a union trademark since August 2011. Both trademarks were registered in Nice class 5, Charantea for the goods “dietary preparations and food supplements”, Charité for “dietary products for medical purposes”.

The Board of Appeal accepted the opposition of Charité and found that there was a likelihood of confusion (under Article 8(1)(b) of Regulation 2017/1001) between the two marks. Dalasa appealed against this decision before the European Court (Court of Justice of the European Union, CJEU), which ruled in this case today.

Language confusion in the EU

The Court rejected that plea. The Board of Appeal could restrict itself to taking into account only the perception of the German-speaking public, the CJEU held. A Union trade mark cannot be registered if there is a relative ground for refusal within the meaning of Article 8(1)(b) of Regulation 2017/1001 in one part of the Union.

Similarity of the goods and services 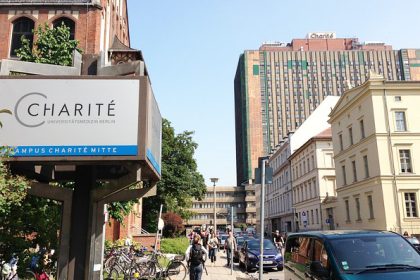 The similarity of the goods or services concerned was also a matter of dispute before the Court. For a likelihood of confusion within the meaning of the EU Regulation (Article 8 (1) (b)) presupposes a corresponding similarity both between the opposing marks and between the opposing goods and services – and this cumulatively. The applicant claimed accordingly that the ‘food supplements’ and the ‘dietetic preparations’ in Class 5 are not identical goods.

Similarity of the opposing marks

In order to assess the similarity of two marks, the visual, phonetic and conceptual aspects are always examined, as was done today before the CJEU. In the end, however, the overall impression of the marks concerned is decisive. The Court emphasised this again today.

And the similarity in the visual sense is low, the CJEU held and thus decided differently from the Board of Appeal. According to the general case-law, two marks need not be similar merely because they have a sequence of letters in common, the Court explained. The stylisation of the earlier mark, the presence of the two additional letters of the mark at issue and the different lengths of the two marks are clear differences.

Aurally, the Board of Appeal found that there was a high degree of similarity between the two marks, in particular because both terms begin with ‘char …’. However, the Court rejected that argument. The sequence of letters “char” could be pronounced by consumers either as “kar” or “tscha”, the CJEU held. Moreover, Charité consists of three syllables, whereas Charantea consists of four syllables. There is therefore a very clear phonetic difference between the two marks at issue, the Court held, contrary to the Board of Appeal, and therefore no or little phonetic similarity.

The CJEU also considered that the segment of a circle at the beginning of the figurative mark Charité – a capital C or an enclosing semicircle – was a non-negligible element of the earlier mark and thus distinctive in relation to the mark at issue, but with a weak distinctive character due to its simple geometric shape.

Moreover, since the term ‘Charantea’ has no meaning in German, but the term Charité means ‘hospital, nursing home’ according to the German authorities, albeit as an obsolete term, there is also no conceptual or conceptual similarity between the marks, the Court stated.

No likelihood of confusion – despite identical goods

The CJEU held that, taken as a whole, there was therefore only a low degree of similarity within the meaning of Article 8(1)(b) of Regulation 2017/1001 and annulled the decision of the Board of Appeal. It was precisely the particular attention of consumers towards health products that precluded a likelihood of confusion between the two marks, even though the goods concerned were identical.

However, the Court also stressed that today’s judgment does not lead to the rejection of the opposition of the Charité, as the applicant had requested.
Whether an enhanced distinctiveness of the earlier mark as a result of intensive use in respect of the services in Classes 41, 42 and 44 has an emanative effect on the ‘dietetic substances for medical purposes’ in Class 5, as the Charité claimed before the Board of Appeal (which was not taken into account, however, since the Board of Appeal found that there was a likelihood of confusion), was a matter for the Board of Appeal, not the CJEU, to decide.

Would you also like to protect or defend your brand?

Our lawyers will be happy to advise you. If you are interested, please contact us – we would also be happy to provide you with a callback offer!