GUGLER France vs. GUGLER: ECJ on the concept of ‘economic link’

GUGLER France lost the trademark dispute before the ECJ regarding the likelihood of confusion caused by the Union figurative mark GUGLER. The focus was on the ‘economic link’ between the parties and the exhaustion of a trademark for national parallel trademarks. 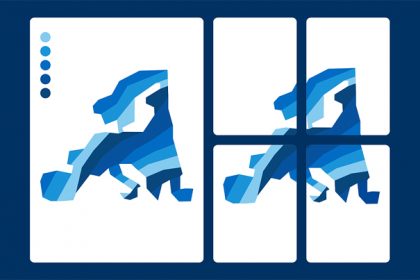 The European Court of Justice (ECJ) yesterday gave an interesting ruling (EU:C:2020:308) in the case of GUGLER France (France) vs. GUGLER GmbH (Germany) regarding the term ‘economic link‘ and the resulting principle of trademark exhaustion for national parallel trademarks.

In yesterday’s ruling on this case before the European Court of Justice (ECJ), the focus was on the economic link between the parties to the dispute, in connection with the exhaustion of the trade mark. According to GUGLER France, the ECJ erroneously assessed the economic connection between it and GUGLER GmbH and therefore wrongly concluded that there was no likelihood of confusion.

Exhaustion of the trade mark in Union law

Directive 2008/95 enshrines the principle of trade mark exhaustion in Union law. Under Article 7(1) of Directive 2008/95, the trade mark does not entitle the proprietor to prohibit a third party from using the mark in relation to goods which have been put on the market in the Union under that mark by the proprietor or with his consent. The European idea is that no trader in the chain of trade and sales within the EU should be hindered by absolute trademark rights.

GUGLER France had no control

The applicant GUGLER France claimed that the CFI distorted the relationship with GUGLER GmbH and wrongly found that there was an economic link between it and GUGLER GmbH. In this context, referring to the judgment of 20 December 2017, Schweppes (C-291/16, EU:C:2017:990), it stated that it had no control over GUGLER GmbH or over the goods manufactured under the disputed mark and that it did not hold any shares in its share capital. Consequently, according to GUGLER France, there is no guarantee that the goods in question are manufactured under the control of a single undertaking which is responsible for their quality.

However, the ECJ rejected this allegation. The notion of “economic connections” within the meaning of Directive 2008/95 refers to a material and not a formal criterion, the court explained. In this respect, the concept is by no means limited to situations where the goods in question have been put on the market by a licensee, a parent company, a subsidiary of the same group or an exclusive distributor.

Moreover, the case-law in the judgment in Case Schweppes , to which the applicant refers, in no way calls this approach into question. In the Schweppes case, the ECJ held that the key element in establishing an ‘economic link’ is the possibility of controlling the quality of the products and not the actual exercise of that control. However, it did not follow from that judgment, the ECJ stressed now, that in order to establish the existence of a likelihood of confusion, the economic link must be assessed from the proprietor of the earlier rights to the applicant for the trademark in question.

Economic link even where there is only one control body

In the present case, it was not considered that the existence of an economic link presupposes any particular order between the undertakings concerned. On the contrary, the existence, within a group of economic operators, of a single control body for the goods manufactured by one of them and marketed by another may be sufficient to exclude any likelihood of confusion as to the commercial origin of those goods.

GUGLER France’s action was therefore dismissed and the ECJ thus confirmed that there was no likelihood of confusion in this case.

Are you suspected of having infringed trademark rights or is a competitor infringing your rights?

Our attorneys have many years of expertise in trademark law as well as in the entire field of intellectual property and are entitled to represent you in any court – in Germany and internationally.
If you are interested, please contact us without obligation.