GUGLER France lost the trade mark dispute concerning the Union figurative trade mark GUGLER before the CJEU. The focus was on the question of a likelihood of confusion with regard to the indication-of-origin function of the disputed trademark in comparison to the earlier national company GUGLER France. 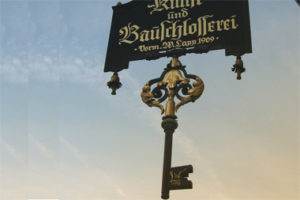 The dispute began in 2007 when the Union figurative mark GUGLER was registered for the German plaintiff Gugler GmbH (legal predecessor of the plaintiff Mr Alexander Gugler) at the European Patent and Trade Mark Office.

In 2010, the French company GUGLER France filed an application for a declaration of invalidity of this trademark and invoked its own earlier company GUGLER France. On the one hand, the application was based on the fact that the application for registration of the trade mark had been made in bad faith (pursuant to Article 59(1)(b) of EU Regulation 2017/1001). It also invoked French law to prohibit the use of the challenged mark on the ground of likelihood of confusion.

The condition for forfeiture by acquiescence was not fulfilled, namely that GUGLER France had been aware of the use of the challenged mark in France for five years and had acquiesced in this use.

In its current judgment, the European Court of Justice (CJEU) referred to the applicable case law. Accordingly, upon opposition by the proprietor of an unregistered trade mark or of another sign used in the course of trade of more than mere local significance, the trade mark applied for is not to be registered if and to the extent that, under the law of the Member State governing the protection of the sign, rights to that sign were acquired before the date of filing of the application for registration of the Union trade mark and if that sign confers on its proprietor the right to prohibit the use of a later trade mark (pursuant to Article 8.4 of EU Regulation No 207/2009).

Board of Appeal found likelihood of confusion

The German plaintiff claimed that until October 2009 he had carried out his activities in close business relationship with GUGLER France. The goods marketed by the French company originated from Gugler GmbH and GUGLER France also referred to their German origin. Therefore, the relevant public could not have been misled as to their origin and there was no likelihood of confusion.

The Board of Appeal of the Office of the European Union for Intellectual Property (EUIPO) had rejected the arguments of the German applicant. There is no evidence that the existence of the distribution agreement was publicly known and the fact that the goods manufactured in Germany were marketed in France under the trade mark GUGLER does not confer any right on Gugler GmbH in France in respect of that trade mark because, under French law, the use of a trade mark does not confer exclusive rights on it.

CJEU sees no likelihood of confusion

The CJEU contradicted the decision of the Board of Appeal. The Board of Appeal itself rightly held that the concept of likelihood of confusion in French law did not differ from that in Union law, and thus rightly used the criteria established analogously for the application of Article 8.1 of Regulation No 207/2009 (now Article 8.1 of Regulation No 2017/1001).

The CJEU first recalled that for the assessment of the likelihood of confusion the date of filing of the challenged trademark is decisive, i.e. August 2003, and not the date of registration of the trademark in 2007.

In order to ensure the guarantee of origin, which represents the main function of a trademark, the trademark owner must be protected against competitors who sell goods illegally bearing this trademark while abusing the position and good reputation of the trademark, the CJEU wanted to stress in principle.

In the present case, however, it is precisely the fact that the goods covered by the challenged mark were manufactured by Gugler GmbH and that the proprietor of the earlier French company was the distributor of those goods. It was therefore a case in which the fact that the consumer might believe that the goods and services in question came from economically linked undertakings did not constitute an error as to their origin.

The Court reiterated that it is not the exact commercial origin but the perception of consumers which is decisive for a possible finding of a likelihood of confusion. Therefore, contrary to the decision of the Board of Appeal, it is also irrelevant whether the distribution agreements were known at all. The economic link that demonstrably existed between the older French company and the German company Gugler GmbH at the time of the application for registration precluded the finding that there was a likelihood of confusion. The decision of the EUIPO Board of Appeal of January 2017 (R 1008/2016-1) is therefore annulled by that judgment.