Brand name fragmented in Europe: Schweppes and the Tonic-Water

The ECJ has taken a preliminary decision in the case of trademark infringement Schweppes SA versus Red Paralela and Tonic Water in Spain. Can the principle of exhaustion of rights under a trade mark be applied in the context of the voluntary fragmentation of parallel rights? Yes, under precise conditions.

More than 20 years after the last comparable case, the European Court of Justice (ECJ) is once again called upon to answer the questions raised in a preliminary ruling on the exhaustion of the rights conferred by a trade mark in connection with the voluntary fragmentation of parallel rights of equal origin which have arisen in different countries of the European Economic Area (EEA). Until 1999, the trademark was registered exclusively on Cadbury Schweppes, which sold the rights to the beverage brands in various member states of the EEA.

Until 1999, the trade mark was registered solely in Cadbury Schweppes, which, however, sold the rights to the drinks trade marks in various Member States of the European Economic Area.

The proprietor of a national trade mark may not oppose the importation of identical goods bearing the same trade mark from another Member State, judges the ECJ:

Like the Advocate General, the ECJ emphasises that the key element is the possibility of product quality control and not the actual exercise of that control. The licensor must assume responsibility if he tolerates the manufacture of inferior products by the licensee. Although the manufacture of products within the same group of companies is decentralised and the subsidiaries established in each Member State produce products whose quality is adapted to the specific characteristics of their respective national markets, these differences in quality cannot be invoked in order to counteract the importation of products manufactured by a sister company, the ECJ specifies today.

The ECJ confirms by its judgment that the principle of exhaustion of the rights conferred by a trade mark may be applied under precise conditions. Moreover according to the ECJ, the examination of the economic links between the trade mark proprietor and the third party should be carried out by the national courts.

Exhaustion of the right from the trademark is regulated in §24.1 MarkenG.

The exhaustion clause states that a trade mark proprietor has no right to prohibit a third party from using that trade mark for goods placed on the market in Europe or the European Economic Area. The same applies to business designations.

The exhaustion rate is intended to ensure a balance between trademark protection and the free movement of goods. The European idea is that no dealer in the retail and sales chain should be hindered by absolute trademark rights.

Schweppes is a parallel brand name in Europe 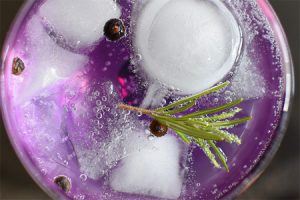 Schweppes SA of Spain had sued the Spanish Red Paralela SL and Red Paralela BCN SL in 2014 for infringing the trade mark by having imported and marketed these tonic water bottles with the “Schweppes” brand from the United Kingdom (UK) to Spain. In Spain, the Dutch Schweppes International Ltd is the owner of the “Schweppes” brand, Schweppes SA has the exclusive right to exploit this brand. Schweppes International Ltd and Schweppes SA are an English and a Spanish subsidiary of Orangina Schweppes Holding. The plaintiff alleges that the trade mark infringement is due to the fact that the disputed tonic water bottles were produced and marketed by Coca-Cola. Coca-Cola in turn holds the rights to the brand name Schweppes in the UK.

Opinion of Advocate General in this case 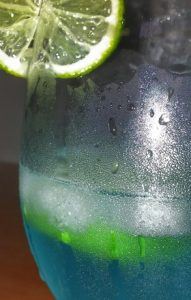 In his opinion, the Advocate General considered that the key question for the application of the principle of exhaustion was whether the marks could be regarded as economically linked.

The Advocate General does not attach importance to the nature of the relationship between the parties but, above all, to the question of whether the control over the mark is in one hand. With this argumentation, the ECJ rejects the applicability of national trademark law provisions. The Advocate General states that there is an economic link between the national proprietors of trade marks by coordinating their business policies with the aim of exercising joint control over the use of their respective trade marks. The parallel importer must, in principle, furnish proof that such joint control exists. The proof does not have to be complete, but should contain precise indications. If the parallel importer can provide clues, the burden of proof is passed on to the proprietor of the trade mark, who wishes to oppose the import of the trade mark products. In this case, Schweppes SA of Spain has to supply evidence.

The arguments have been clearly formulated by plaintiffs and defendants: the plaintiff points out that consumers cannot distinguish between tonic water bottles according to their company origin, since the products and the labelling of the products are the same. The defendant Red Paralela considers that there is tacit consent for products of the “Schweppes” trademark, even from countries of the Union in which Coca-Cola is the owner of the trademark. The defendant also points to legal and economic links between Coca-Cola and Schweppes International in the joint exploitation of the well-known beverage label as a global brand.

According to the Advocate General and also to ECJ, a national court should now investigate these interdependencies in more detail. Did the trademark owner in the importing country – Schweppes SA – have the possibility to determine directly or indirectly the products bearing the trademark in the exporting country –  Coca-Cola – ? And was the applicant able to check the quality? If so, the infringement action would be dismissed.

Do you also consider a trademark to be unduly registered?

Request a callback from our lawyers today – non-binding, confidential.