The European Court of Justice has given another ruling on a 3D “shape” mark, a 3D mark lipstick. It is not novelty or originality that leads to distinctiveness, nor a “quality design” – what is decisive is rather an unusual visual effect. 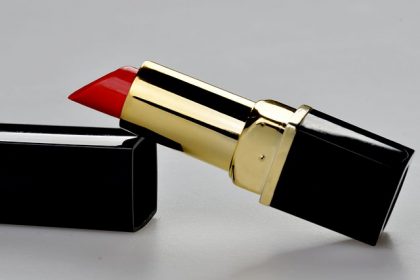 Three-dimensional trade marks are very popular, especially in the field of packaging, of course, but also in the field of fashion and interior design. Therefore, such trademark registrations of a 3D mark are often the subject of proceedings before the European Courts. Important decisions regarding 3D trademarks – especially for a 3D mark consisting of the shape of the product – are the ECJ Louboutin judgment of 2018 and the ECJ Wajos judgment of 2019.

Case law for a 3D mark

In summary, the case law for a 3D mark states the following: A three-dimensional mark consisting of the shape of the product must deviate significantly from the norm or customary in the industry. It is true that the criteria for assessing the distinctiveness of such three-dimensional marks are the same as for all other marks. In practice, however, a consumer cannot infer the origin of the goods from the appearance of the goods as he can in the case of a word or figurative mark, so de facto a significant deviation from the norm is required.

Conversely, it is also true that the mere novelty of a shape is not sufficient for the affirmation of distinctiveness. However, the fact that an industry is characterised by a great variety of product shapes does not mean that a possible new shape is necessarily perceived as one of these product shapes.

3D mark for lipstick: the facts of the case

How does this look in the interpretation of a practice? After all, the European Trade Mark Offices have agreed on a uniform case law with regard to the assessment of the distinctiveness of 3D trade marks as of 1 April 2020 – we reported. Nevertheless, the case now before the European Court (14 July 2021, T:2021:443) was also heard as an individual case decision on a 3D mark for lipstick. This is because there is explicitly no uniform case law on shape marks or 3D marks consisting exclusively of the shape of the product.

In the case at hand, the Examining Division and the Board of Appeal of the EUIPO had refused the desired registration of the 3D mark for lipstick of the applicant Guerlain (France) due to lack of distinctive character. The mark applied for is a three-dimensional mark consisting of the shape of a product, namely a lipstick.

In that regard, the Board of Appeal had held that the relevant lipstick sector was characterised by a wide variety of shapes, of which the representations submitted for the mark were the norm and the usual or typical shapes of such products. The 3D mark applied for in respect of lipstick was semi-cylindrical and thus a typical shape for lipstick. Consumers were also accustomed to oval containers of lipstick. The applicant disagreed and argued that the mark was clearly different from the norm of lipsticks.

And the European Court (CJEU) upheld the applicant. Overall, the shape of the said mark was not “semi-cylindrical”, as claimed by the EUIPO, because it did not have cylinder-like flat surfaces. Rather, the shape was reminiscent of a ship’s hull or a baby carrier, the CJEU ruled. Moreover, the presence of the small raised oval shape was unusual and contributed to the unusual appearance. The unusual visual aspect of the shape was reinforced by the fact that the lipstick represented by that mark could not be stood upright.

Taking into account the aesthetic appearance of the mark applied for is not tantamount to assessing the beauty of the product in question, the court explained, but it is necessary to consider whether that appearance is capable of producing an objective and unusual visual effect in the eyes of the relevant public. It is not novelty or originality that leads to distinctiveness, not even a “quality design” – the decisive factor is rather an unusual visual effect, the CJEU emphasised.

Would you also like to register or defend your trademark?

Our attorneys have many years of expertise in trade mark and design law as well as in the entire field of intellectual property and are authorised to represent you before any court – in Germany and also internationally.
Please feel free to contact us if you are interested.