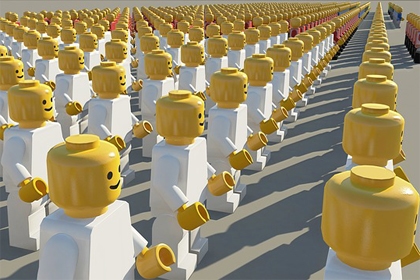 In court, LEGO had already won against counterfeiters in China in November 2018 (see: Lego wins Chinese court case for LEPIN series) and December 2017 (see: Lego victorious in counterfeiting file against China-blocks), but pirated copies continued to be produced on a large scale.

The Chinese police confiscated more than 200,000 packaging cartons containing more than 630,000 finished products. In the end, this means LEGO bricks for around 27 million euros.

The counterfeits were noticed by the police in October 2018, n-tv reported. The Lepin bricks on the market were extremely similar to those of Lego, it was said. Accordingly, counterfeiters in the Lepin company copied the game pieces according to designs by Lego and then sold them all over China.

Pictures of the raid, which the police published, showed products remarkably similar to the Danish original. A “Star Wars” fake was called “Star Plan”, a kit related to the new movie “Lego Movie 2” was sold under the name “The Lepin Bricks 2”.

The action of the Shanghai police once again shows that the criticism of Western countries against counterfeit products is increasingly being taken into account in China. However, it also shows that there is still much to be done in this area.

The reputation of a trademark is also an important element in all trademark litigation, as it is used by the courts in connection with unfair competition because of its prior use and reputation over the well-known trademarks.