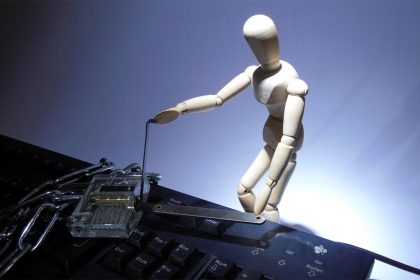 The protection as a patent is closely interwoven with the protection as a trade secret. Both types of protection are completely mutually exclusive. At the same time, the advantages of one property right are the disadvantages of the other property right.
In practice, it is not uncommon for a service invention not to be filed for a patent – as required by the obligation under the German law on employee inventions – but to be declared a trade secret, with legal and economic consequences, especially for the inventor and the corresponding employee invention compensation.

Trade secrets are also playing an increasingly important role in patent infringement proceedings. Especially in the field of mobile telecommunications, but also in the pharmaceutical sector, courts are required to be able to inspect even very precise details of an invention in order to get a complete picture of an alleged patent infringement. In this context, the judgement of the LG Munich in the case Apple vs. Qualcomm attracted much attention.

This is all the more disadvantageous for a patent owner who is bringing an action, as a competitor could also bring abusive actions to force the patent owner or owner of a trade secret to make extensive disclosures.

Similarly, it may be detrimental to the owner of a trade secret to bring an action himself, because an action must be directed against a specific form of infringement, with the necessary clarity. This also possibly includes the unintentional disclosure of the trade secret.

The protection of trade secrets is regulated in German law since 2019 by the German Act on the Protection of Trade Secrets (GeschGehG), until then mainly by § 17-19 of the German UWG. The main new aspect is the existence of appropriate secrecy measures (previously, the will to secrecy was already recognised). Now in the GeschGehG a “legitimate interest” in secrecy is required, which even goes beyond the EU directive. Also now the so-called reverse engineering is allowed, which was not allowed in Germany in the previous jurisdiction (see GRUR 1991, “Geldspielautomat”).

Recent German case law on trade secrets has clarified two further important aspects. In order for the claim to be definite, it is sufficient if the requested prohibition is directed against a concrete form of infringement, the Federal Court of Justice ruled in March 2018 (Hollow Fibre Membrane Spinning Plant II (I ZR 118/16)). This guiding principle of the BGH is an important basis for filing an action without disclosing industrial or business secrets.

The GeschGehG aligns the rules on business secrecy with the European Regulation. Since 2016, the EU Directive 2016/943 on this legal area has been in force. The guiding principle of the Directive is that access to business secrets and their exploitation can represent a significant economic value.

Currently the next proposal of the EU Commission is already available: under P8_TA_PROV (2016(0131)) a directive on the Trade Secret Directive is being discussed. This is largely based on Art. 39 (2) TRIPS. However, relevant points will only become clearer through subsequent case law.

Especially, it remains unclear what will be recognised as “appropriate” secrecy measures. In practice, this means technical and organisational effort for companies, but above all contractual safeguards. It will have to be proven to what extent the know-how is contractually protected. And reverse engineering also puts the focus on contract protection. We recommend the formulation of confidentiality obligations in connection with contractual penalties. Whistleblowing should also be taken into account, which according to § 5 (2) GeschGehG strengthens the protection of whistleblowers.

According to this EU Directive proposal, reverse engineering is considered a legally permissible means of acquiring information (Art. 3 (1) (b)). Something else should only apply if this has been contractually agreed otherwise.

Art. 7 (2) of the proposed Directive also provides for sanctions against the applicant of a claim if the claim is manifestly unfounded and abusive. In such a case, there should also be a right to damages.

This makes the contractual provisions all the more important for all holders of trade secrets.

A patent also protects against unfairness of a potential attacker, for example the regulation on facilitation of evidence (§ 139 (3) German PatG). And, of course, patent protection is an examined and strong protective right.

In addition, the territoriality principle of patent protection must be taken into account. According to this principle, a patent only obtains its protective rights for a certain territory. On the other hand, every disclosure and publication – worldwide – is considered as prior art to be taken into account, from which the invention must stand out as new and inventive.

Disclosure is not required as a trade secret. Nor is there any risk of the property right being granted, as with a patent, because a trade secret is not subject to a grant procedure. Accordingly, there are no requirements for the existence of a trade secret in terms of the subject matter (object of protection), content (level of creation) or geography.

In this respect, however, it is not an exclusive right and only offers indirect protection. This has major disadvantages for the scope of protection. For neither does a trade secret protect against parallel inventions nor – in the case of a patent application for a parallel invention – against publication. And even the permitted reverse engineering makes a trade secret a useless property right for technical innovations which can be analysed at the latest when a product is sold. Trade secrets cannot replace patent protection.

However, a trade secret may be a good protection right for inventions of a financial, administrative or commercial nature, as they do not receive patent protection. And finally, the new legal basis for trade secrets provides a better basis for legal enforcement of protection as a trade secret.

Do you need support, especially in the legal and contractual field of IP protection?

Our lawyers have many years of expertise in patent law as well as in the entire field of intellectual property and are entitled to represent you in any court – in Germany and internationally.
Please contact us if you are interested.

Relevant laws were linked directly to the sources in the text.