To bring an action without revealing trade secrets

It is sufficient for the certainty of the claim that the requested prohibition is directed against a specific form of infringement. This guiding principle of the BGH is an important basis for filing an action without disclosing a business or trade secret.

Case law of the BGH on trade secrets 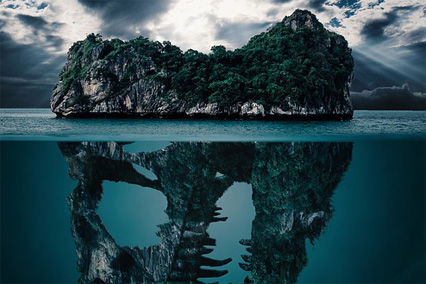 The  principle of legal certainty must not result in the plaintiff being forced to disclose business or company secrets in the action application, ignoring his legitimate secrecy interests, the Federal Court of Justice (Bundesgerichtshof, BGH) clarified in March 2018 in the case of hollow fibre membrane spinning plant II (I ZR 118/16).

An application for an injunction aimed at ceasing the manufacture, offering and placing on the market of a technical plant, which is based on the prohibition of the unauthorised exploitation of trade secrets pursuant to § 17.2 German Act against Unfair Competition (UWG), is sufficiently specific if the prohibition sought by the plaintiff is directed against a specific form of infringement, even if it does not contain a verbal description of the circumstances from which the plaintiff derives an infringement. A further clarification of details of the trade secret has no significance for the merits of the claim against a concrete form of infringement, but is only relevant for the scope of the prohibition tenor.

The applicant in this case is part of the F. Medical Care group. It alleges that the defendant unlawfully copied hollow-fiber spinning lines for the production of synthetic hollow fibers for dialysis filters and thus committed treason against secrets. The defendant is a chemist and was employed from November 1990 to June 1993 by the plaintiff’s legal predecessor as production manager. In this context, he had access to technical drawings and data sets for the manufacture of nozzles and a spinning system with nozzle heads, but was bound to secrecy under the terms of his employment contract and dissolution agreement (we reported: Private notices about trade secret are regarded as breach).

It was a complex construction, which was used exclusively in-house. The BGH therefore ruled in favour of the plaintiff. Due to the high level of agreement of the spinning plants at issue in the dispute, there was inadmissible recovery, the court found.

Protection of company and trade secrets at EU level

The protection of trade secrets is currently regulated in German law by the penal provisions of the Act against Unfair Competition (UWG) and the German Civil Code (BGB). Since 8 June 2016, however, there has also been an EU Directive 2016/943 on this area of law. The central idea of the directive is that access to trade secrets and their exploitation can represent a considerable economic value.

On 18 October 2018, the German Bundestag dealt for the first time with two bills on the protection of trade secrets and whistleblowers. There is a discernible tendency to seek to improve the legal protection of plaintiffs and defendants in the long term by means of rules on secrecy in court proceedings. Sections 16 to 20 in § 3 of the German draft law state: “In litigation on trade secrets, the court may, at the request of one of the parties, classify information in dispute as requiring secrecy, in whole or in part, if such information may be a trade secret. If the court makes such a decision, third parties who have a right to inspect the files may only be made available a file content in which the statements containing business secrets have been made unrecognisable”.

Please request your call-back without any obligations!