The invention of the CRISPR Gene Scissors was awarded this year’s Nobel Prize; it is considered a groundbreaking therapeutic approach. Not surprisingly, there has been a competition for the priority right of patents for years. Priority right cannot be fragmented, the Board of Appeal decided. 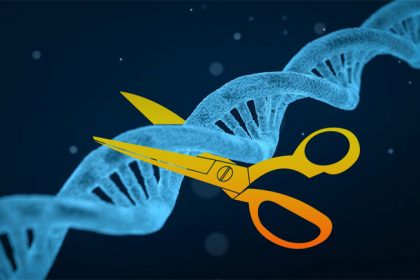 The granting of patents and intellectual property rights in CRISPR technology has been controversial for years, with two groups of inventors claiming inventor rights. This is because precisely fitting CRISPR genome processing, the “gene scissors”, is considered the key technology in the fight against cancer.

The granting of the patent on the CRISPR gene scissors was a close race with additional complications due to different patent grants in the EU and US. It is undisputed that the team around inventors Jennifer Doudna and Emmanuelle Charpentier were the first to describe the CRISPR editing process and apply for a U.S. patent in 2012. This year 2020, by the way, they received the Nobel Prize for it – absolutely welldeserved.

A second group of inventors around the renowned Broad Institute of MIT (Masschusetts Institute of Technology) and Harvard University also applied for a U.S. patent on CRISPR in 2013 – for CRISPR applications in “higher” organisms (eukaryotes). Since then, the two inventor groups have been conducting opposition proceedings against the granted patents, both in the US and in the EU.

In Europe, the EU patent (2771468 B1) of the MIT/Harvard team is particularly important; it contains several references also to earlier patent rights. In an important EPO decision in January 2018, the EPO revoked this EU patent and the Board of Appeal confirmed the revocation in January 2020 and rejected the opposition of the MIT/Harvard team (T 844/18).

This leaves open the race for the intellectual property rights to the CRISPR gene scissors and CRISPR technology, which is already considered to be decided. By the way, both inventor groups are working flat out to make the CRISPR gene scissors even more precisely fitting (keywords CasY and CasX of the Doudna group; CRISPR-Cpf1 instead of the Cas9 protein of the MIT group) and to secure their applications by further new patents. In this context, please also read HERE the text section “Open patent portfolio as a way out of the CRISPR permanent conflict”.

Board of Appeal: Right of priority under Article 87(1) EPC

A few days ago now, on 6 November 2020, the Board of Appeal issued a press release explaining the revocation of the CRISPR EU patent of MIT/Harvard (T 844/18).

This is very interesting from a patent law point of view, because in its decision the Board of Appeal interprets the right of priority according to Article 87(1) EPC and in particular the term “any person”.
Is a priority claim valid even without a transfer of the priority right from B to A, if only A is the applicant for the subsequent application, but A and B are applicants for the priority application?

The decisive question is therefore how the term “any person” in Article 87(1) EPC should be understood.

“any person” in the priority right

In the present case of the CRISPR patent, however, the situation is even more complicated. In the patent application was failed to mention (in both the EU and the US) one co-inventor and the EPO therefore declared the patent invalid. However, the same issue was already being negotiated in the USA in 2017. And there it was decided in favour of the team around MIT/Harvard and confirmed the validity of the patent.

The Board of Appeal therefore also ruled in the question whether national law (in this case U.S. law) regulates the provision “any person” who has “duly filed an application” under Article 87 (1) EPC. This was clearly rejected by the Board.

Article 87(1) EPC gives the EPO both the power and the obligation to examine the validity of a priority claim, the Board of Appeal ruled. Therefore, a priority claim could not be examined in actions before national courts, but only before the EPO. And since Article 87(1) EPC corresponds to Article 4A (the Paris Convention for the Protection of Industrial Property), this provision determines who “any person” is – but not the U.S. interpretation.

The priority right cannot be fragmented, is the short version of the decision, “any person” thus meaning “all applicants”.

Do you also want to protect or defend your invention?