A few days ago, an important patent decision was made to coincide with World Cancer Day and yet relatively unnoticed. The European Patent Office revoked an EU patent for the CRISPR genome processing, which is regarded as a key technology in the fight against cancer.

The grant of patents in CRISPR technology has been a bitterly contested case for years with additional implications due to different patent applications in the EU and the USA. The fact that an important EU patent (2771468 B1) of the leading U.S. Board Institute has now been revoked could call into question further granted European patents. This would reopen the already decided race for the inventor rights of the Board Institute of MIT and Harvard to CRISPR technology. 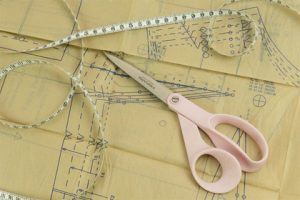 Basically, two groups of inventors and, at the same time, two of major American universities are irreconcilably opposed to each other: Broad Institute of MIT and Harvard with inventor Feng Zhang against the University of California Berkeley with inventors Jennifer Doudna and Emmanuelle Charpentier.
In May 2012, Doudna and Charpentier described their “invention” of CRISPR-Cas as a genome editing technique in a scientific publication, more generally known as genetic scissors. In the same year, the University of California filed a patent application for Doudna and Charpentier with the U. S. Patent and Trademark Office (USPTO). The described procedure was an absolute new discovery and can be applied to a wide variety of cells.

Feng Zhang from the Broad Institute of MIT (Masschusetts Institute of Technology) and Harvard University, together with his team, also published on CRISPR but not until 2013 and immediately filed a patent application. This happened a few months later than Doudna and Charpentier’s patent application. Zhang and his team had used CRISPR in eukaryotic, therefore mouse and human cells for the first time.

The U. S. Patent Office granted the team Zhang the patent for the lucrative CRISPR applications in “higher” organisms (eukaryotes) because it recognized an improvement over the method of Doudna and Charpentier. Jennifer Doudna and Emmanuelle Charpentier received the patent for the process. The University of California has appealed against the decision, which was rejected in 2017 in the first review, but is still ongoing – the result is open.

EPO revokes important CRISPR patent of the Board Institute

The revoked patent is important for the Board Institute because it contains several references to older patent rights. The European Patent Office (EPO) justified the revocation with two arguments:
On the one hand, it was about the registered names of the inventors. As the European patent registration failed to include the co-inventor Luciano Marraffini of Rockefeller, the European Patent Office recognised that the patent was invalid. However, the same dispute between Rockefeller and the Board Institute was settled in 2017 in the USA by an arbitration tribunal in favor of the Board Institute.
In addition, the EPO does not recognise the same priority data for inventions as the U.S. Patent Office (USPSTO). The Board Institute wanted to prove with the revoked patent that earlier data from its U.S. patents lie ahead of other patents applied for in Europe.
The Boad Institute intends to appeal the decision to the Board of Appeal of the EPO. 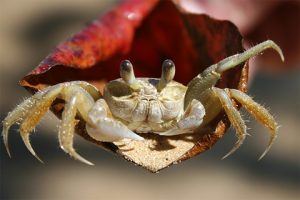 Since last year, the Board Institute has also positioned itself as a generous patent shareholder. Opportunities were sought to make CRISPR genome processing technology widely available for research as it may be the key technology for cancer treatment. The Board Institute manages a CRISPR-Cas9 patent portfolio with major CRISPR-Cas9 patents in the United States and Europe related to the use of CRISPR-Cas9 in eukaryotic cells. They grant non-exclusive licenses for their intellectual property CRISPR/Cas to researching non-profit organizations and universities for a period of two years. They also participate in the MPEG LA organization (to which among others Apple, France Télécom, Fraunhofer-Gesellschaft e. V., Mitsubishi Electric, Sony, US Philips and Microsoft have rights), which manages international patent pools. This is also important, because while the two inventor groups are relentlessly fighting each other, in China the CRISPR process is already being tried out in practice, as the MIT Technlogy Review reported. And at the University of Pennsylvania, doctors are on the verge of starting a clinical trial with CRISPR to strengthen human immune cells against cancerous tumors.

New patents in the CRISPR area

In any case, both competitors are trying to manifest their inventor’s rights with further new patents. In November 2017, for example, Excision BioTherapeutics has been the first to exclusively license the new CRISPR systems discovered by Jennifer Doudna’s group in 2016. This system works with smaller proteins than the previous Cas9 proteins (CasY and CasX). And the Board Institute secured a patent on CRISPR-Cpf1 instead of the Cas9 protein in September 2017. These researchers also hope to have found an even better cutting protein.