The European Patent Office confirmed four days ago the revocation of a granted patent on CRISPR genome processing, which is considered the key technology in the fight against cancer. This leaves the rough competition for the patent rights on the CRISPR genome scissors still open, which actually seemed to have been decided already. 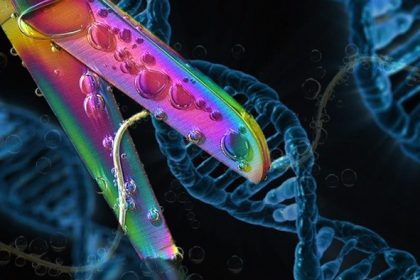 The granting of patents and property rights in CRISPR technology has been controversial for years. Two groups of inventors and at the same time two of the major American universities are irreconcilably opposed to each other: the Broad Institute of MIT and Harvard with the inventor Feng Zhang and the University of California Berkeley with the inventors Jennifer Doudna and Emmanuelle Charpentier.

The revocation of a granted patent on CRISPR genome processing, now confirmed by the European Patent Office (EPO), concerns an important EU patent (2771468 B1) of the leading Board Institute in America. The revoked patent contains several references to older patent rights, and this revocation could therefore call into question other European patents already granted.
This leaves open the race for the intellectual property rights to the CRISPR Genetic scissors and CRISPR technology, which is actually already considered to be decided.

Oral hearing before the EPO

An oral hearing was held last week on the CRISPR gene editing technology and the case in T 844/18.

The EPO issued a short statement that the patent had been revoked for lack of novelty – in view of the intermediate prior art. This prior art had become relevant because the Opposition Division had not recognised the priority claim of the patentee from a US provisional application designating more applicants than in the subsequent PCT application from which EP 2771468 is derived.
Since the omitted applicant had not transferred his rights to the applicants of the PCT application the priority claim was considered invalid, the EPO decided.

Thus, the EPO referred to the registered or unregistered names of inventors. This was because the patent application failed to mention the co-inventor Luciano Marraffini, so the EPO ruled that the patent was invalid and decided against the Board Institute. Exactly the same question was already being negotiated in parallel in the USA in 2017. There an arbitration court decided in favour of the Board Institute.

You can read more about this in our article from February 2018:  Next step in Battle over CRISPR technology: EPO revokes important patent

Patent agreements as a way out of the CRISPR permanent conflict

The opposing side, the group around Jennifer Doudna and and Emmanuelle Charpentier, is not idle either and discovered newer CRISPR systems with smaller proteins than the previous Cas9 proteins (CasY and CasX).

Do you also need support to protect your patent rights?