Royalty rate for ‘extended use’ product in Germany

In the case of a dispute about an employee‘s invention in the pharmaceutical sector, the development of an ‘extended use’ product was in focus. The German Arbitration Board stated royalty rates for pharmaceutical products with or with expired active ingredient patents. This is because the active ingredient patent determines the market exclusivity. 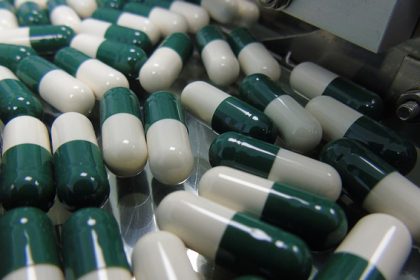 In the pharmaceutical sector, however, there are other aspects to consider. This is because, in the opinion of the Arbitration Board, the active substance is the founding element of a drug’s market exclusivity.

However, if this active ingredient patent has already expired, the complex license rate for a drug complex cannot be in the range of the maximum license rate. This was formulated by the German Arbitration Board of the DPMA as a non-official guiding decision.

Background of this decision

Among other things, the royalty rate on which the employer had based the remuneration for the employee‘s invention within the scope of the value of the invention was disputed in this case. The  inventor has a doctorate in pharmacy and was to evaluate the development of an ‘extended use’ product based on the standard combined preparations already available in the company.

The Arbitration Board has previously decided that within license fees, active ingredient patents are entitled to 50 % – 70 % of the total license fee. This is also based on older estimates from the relevant legal literature. In Reimer/Schade/Schippel, for example, with reference to an agreement proposal from 1995, a licence rate for a finished medicinal product of 4 % is regarded as the upper limit. According to Trimborn, on the other hand, the royalty rates for finished drugs are usually 1 – 5 % and 0.5 – 2.5 % for pure substance inventions.

And according to Bartenbach/Volz, royalty rates of 0.5 to 2.5 % are usually paid for pure substance inventions; royalty rates of up to 10 % are therefore only paid in absolutely exceptional cases and only for the entire finished product with outstanding properties. Moreover, in practice, 60 – 80 % of such a royalty rate would be attributed to the official approval and not to the exclusion value with regard to technical teaching.

Since the ‘extended use’ product in the present case was based on active substances which had already expired before the market launch, the market was only enriched by the development of a further product, but not exclusively siphoned off, the arbitration board ruled. The extended regime for this product did not create market exclusivity, was added. If the aim of the development of the product is to enter the market for ‘extended use’, which was already occupied by a competing product, then there is no market exclusivity.

Therefore, the Arbitration Board was of the opinion that the complex license rate in this case could be set at a maximum of 2.5%.

Do you also need support in the field of German patent law or a licensing agreement?