Infringement of patents by equivalent means

Interestingly, the last major proceedings on equivalence led to contradictory national judgments of the national courts. Do equivalent means tend to strengthen or limit the offence of patent infringement? 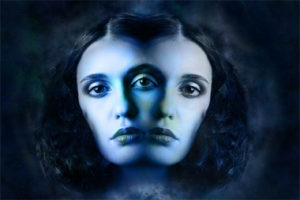 In 2011, the Federal Supreme Court issued two decisions on equivalent patent infringement, which are still the yardstick for German jurisdiction today. In “Occlusionsvorrichtung (eng.: Occlusion device)” (BGH,  X ZR 16/09), the Federal Court of Justice had initially ruled that an equivalent infringement was out of the question if several design examples are explained in the patent, of which only one is claimed. This shows that the patent proprietor has made a clear choice between various possibilities known to him of achieving a technical effect and has thus refrained from claiming certain forms of execution. This view was confirmed in the “Diglycidverbindung” (eng: Diglycid compound) (BGH, X ZR 69/10) decision issued shortly afterwards. The BGH even affirmed such a selection decision for a case in which not the description itself, but the prior art cited in the patent reveals forms of design, which, however, were not included in the patent claim.

Highly regarded: decision “Pemetrexed” in Germany and in UK

In its decision of 2015, the Düsseldorf Higher Regional Court rejected an equivalent violation of the claim for pemetrexed sodium by pemetrexeddicalium. The patent proprietor had limited the claim to an example of antifolates cited in the patent specification and must now allow himself to adhere to it. The BGH contradicted this in its ruling on this case in its judgment of 14.06.2016 (BGH, X ZR 29/15 – Pemetrexed). The fact that the claim to a specific antifolate, namely pemetrexed sodium, is directed is not a selection decision against other antifolates not expressly mentioned in the patent. If, for reasons of clarity or to avoid an inadmissible extension, the patent proprietor confines himself to a certain substance, then this cannot constitute a selection decision in comparison with another form of design, according to the Federal Supreme Court.

In the Pemetrexed case, in which the patent description indicated two possible ways of producing an organic solid phase provided with epoxy groups, but only one of these ways was mentioned in the patent claim, protection was limited to the variant mentioned in the claim, the BGH explained. Rather, it would be necessary for the modified solution to have the same specific effects as the protected solution and to differ in a similar way from the variant solution shown only in the description, but not in the patent claim.

Also in 2016, another ruling by the Federal Supreme Court clarified the limits of the selection decision in cases of patent infringement by equivalence. One can recognise a tendency towards an expansion of the equivalence range. In a V-shaped management order (BGH, judgment of 23.08.2016, Ref.: X ZR 76/14), the BGH ruled on the third equivalence criterion, equivalence. The equivalence is only to be affirmed if the considerations of the skilled person in order to arrive at the exchange solution deviating from the literal sense of the patent claim are so oriented towards the patent claim that the skilled person considers the deviating embodiment with its averted means as an equivalent solution.

The BGH thus concretized the limits of jurisdiction for the patent holder’s selection decision. Accordingly, the deletion of a disclaimer, according to which designs other than the claimed preferred design form are conceivable, does not lead to such other designs being excluded as equivalent forms of infringement. The specification in the main claim (made in order to distinguish the technical design from the state of the art) determines neither positively nor negatively the question whether, from a professional point of view, equivalent means of exchange are equivalent or not. This judgment tended to strengthen the offence of patent infringement by equivalent means.

The BGH and the Supreme Court of the United Kingdom both recognise in their case-law an equivalent infringement, even if there is no literal infringement. Nevertheless, the judgments show that there is still room for manoeuvre in the decisions. Therefore, patent specifications should be prepared with great care. If alternatives are important, they should be described in as much detail as possible. It may also be possible to make all alternatives the subject matter of patent claims – for example by dividing the patent application. Inaccurate references to alternatives are not advisable. These could be deleted from the patent specification because they are not taken into account – and would then no longer be taken into account in any opposition proceedings before the European Patent Office. This is because the directive applies in the EU: implementation forms which no longer fall within the scope of protection due to a restriction of the claim are to be deleted.

Do you want to apply for patent protection? Or do you need consulting service for equivalents?