Term active substance in the case law on SPCs

For the granting of SPCs on medicinal products, the term “active substance” is defined by the case law of recent years, but not by the corresponding EC regulation: we give an overview of the case law.

The term “active substance” has been defined in the case-law of recent years, in particular for the purposes of the interpretation of Article 1(b) and Article 3 of Regulation No 469/2009.

Active substance must have its own medicinal effect 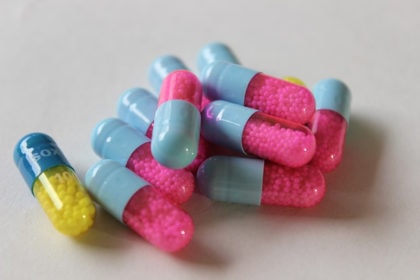 An important judgment in this context was the decision of 14 November 2013, Glaxosmithkline Biologicals and Glaxosmithkline Biologicals, subsidiary of Smithkline Beecham Pharma, C 210/13, EU:C:2013:762, according to which a substance which does not have any medicinal effect of its own and is used to achieve a particular pharmaceutical form of the medicinal product does not fall under the term “active substance”, which allows the definition of “product”. Only a substance with its own pharmacological, immunological or metabolic action is considered to be an active substance.
Therefore, a substance without a medicinal effect of its own cannot, even in combination with a medicinal substance, lead to a “composition of the active substance” within the meaning of Article 1(b) of Regulation No 469/2009, the ECJ stated at the time.

SPC only on active ingredients claimed in the basic patent

On 25 November 2011, the European Court of Justice (ECJ) had already issued a judgement in principle (Daiichi Sankyo Company, EU:C:2011:781) on the subject of active substances. With regard to the criteria for a medicine containing more than one active substance, the court ruled that a supplementary protection certificate (SPC) should only be granted for active substances which are also mentioned in the claims of the basic patent on which the application in question is based.

However, in the case of a basic patent for a process for the manufacture of a product, it is prohibited to grant an SPC for a product other than that designated in the claims of that patent as the product obtained by the manufacturing process referred to therein, the Court clarified with respect to Article 3(a) of Regulation No 469/2009 in Queensland (also on 25 November 2011, University of Queensland, EU:C:2011:780).

This principle was also confirmed in Actavis v Boehringer Ingelheim (EU:C:2015:165) in March 2015: A basic patent protects an active substance within the meaning of Art. 1 letter. c and 3(a) of Regulation 469/2009 “as such” only if it forms the subject matter of the invention protected by the patent.

Therefore, the Court ruled in this case that if a basic patent covers a claim to a product containing an active substance which is the sole subject matter of the invention and for which an SPC has already been granted, and if that patent covers a further claim to a product combining that active substance with another substance, it is inadmissible to grant a second SPC for that combination.

Two medicinal products placed on the market in succession

In that judgment, the Court also clarified that, on the basis of a patent protecting several different “products”, several SPCs may, in principle, be granted in respect of each different product, but only if they are “protected” as such by that “basic patent”.

Covalent bonding with other active ingredients

Active substances must be clearly identifiable

No SPC on new formulation of the old active ingredient

In March 2019, the court (Abraxis, EU:C:2019:238) then ruled on the nanocoating for the cancer drug Abraxan – an old active ingredient in a new formulation. An SPC cannot be granted for a drug that is protected in the basic patent and already on the market – even if a new formulation of an “old” active substance of this drug represents and the effect is improved in this way, the ECJ ruled.

This view was also confirmed by the highest European court in the Santen decision (2020, Santen, C-673/18, EU:C:2020:531). In its reasoning, the ECJ explained the basic considerations on SPC. Accordingly, No. 11 of the Explanatory Memorandum to the Proposal for a Council Regulation (EEC) of 11 April 1990 concerning the creation of a supplementary protection certificate for medicinal products (which gave rise to Regulation No. 1768/92 and its subsequent Regulation No. 469/2009) states hat the term ‘product’ is understood to mean an active ingredient in the strict sense and that minor changes to the medicinal product such as a new dose, the use of a different salt or ester or even of a different pharmaceutical form will not lead to the issue of a new SPC. In the Schanten case, the court ultimately held that Article 3(d) of Regulation No 469/2009 must be interpreted as meaning that an MA cannot be considered to be the first MA, for the purpose of that provision, where it covers a new therapeutic application of an active ingredient, or of a combination of active ingredients, and that active ingredient or combination has already been the subject of an MA for a different therapeutic application.

Patent protection and SPC grant – an issue for you too?

the ECJ judgements, that are basic for the text, an mentioned and linked in the text