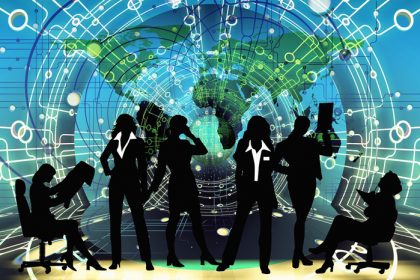 In the general globalisation many companies act as a group. With regard to the German Employee Inventions Act (Arbeitnehmererfindungsgesetz, ArbEG), this creates uncertainty: where is the invention considered to be claimed if the invention has to be reported to the U.S. parent company upon instruction? How is the use of employee inventions calculated in the group with regard to remuneration? And is an invention in the patent pool to be remunerated at all?

Information on Employee inventions in the group

Remuneration according to licence agreements

In practice, the remuneration of employee inventions within a group should be calculated on the basis of the licence agreements relating to the invention. Therefore, if affiliated group companies have been granted a license to use employee inventions with a revenue-based compensation, this figure is sufficient for the assessment of the inventive value. This is because the turnover of the group companies would then be reflected in the employer’s own (licence) turnover.

Depending on the circumstances of the case, the employer may have to provide the employee-inventor with a breakdown of the individual composition of the license income, the BGH added in its 2002 decision.

What remuneration if no sublicensing fees are paid?

Nevertheless, the own employer still has an economic advantage from the employee invention, because he in turn can also use the other inventions in the patent pool or in the group without having to pay fees or remuneration. However, this does not benefit the employee inventor.

The BGH therefore developed binding solution approaches for such a case, because even in this case constellation a employee inventor is entitled to an appropriate compensation. In its decision of 2002, the BGH suggested linking to an assessment made when the invention was contributed to the patent pool or linking to the value of participation in the patent pool itself.

In addition, it would also be possible to link to the turnover of the company or companies that the licensee allows to use the invention – if the employer belonging to the group is to be seen as a unit with the group. This would be the case where the employer is a subsidiary set up solely for research and development purposes or where the individual group companies are managed as dependent departments of a single company.

Further rules for employee inventions in the Group

Instruction to report an invention to U.S. parent company

Initially, we had mentioned the question of where an invention is considered to be claimed if the invention is to be reported to the U.S. parent company on instruction?
There is a clear decision of the arbitration board: legally, the U.S. Patent Division is to be seen as the receiving agent in such a case. Therefore, this invention is – upon expiration of the deadline – considered to be claimed by the German subsidiary due to the so-called fiction of the claim. Please read our article on this case constellation: employee inventions in German subsidiary of the U.S. parent company.

Scaling down to turnover in group structures

Anyone who, as an inventor in a group structure, hopes to receive remuneration directly according to the licence fees or according to turnover is mistaken. Group external sales are generally taken into account on the basis of so-called “reasonable license agreement parties”. In this context, the turnover of the using group company becomes the relevant basis of calculation, especially in the case of economic unity and division of labour within the group.

In addition, in the case of group structures, turnover is generally graduated. This is because it is assumed for groups that there is a shift in causality away from employee inventions towards other important factors such as distribution network, market leadership, quality and brand.

Licensing of an LOT network

Finally, please notice that there’s no remuneration claim from licensing of an LOT network, but there’s an obligation for the employer to inform the employee inventor that he/she is a member of the LOT network.

Do you need counsel in questions of Employee Invention?

Our attorneys possess extensive expertise in the field of employees’ inventions, enabling us to provide counsel to both, the company and the employee, regarding all questions in relation to the Law on Employees’ Inventions.