No remuneration claim from licensing of LOT network

If an employer is a member of the LOT network against patent trolls, this also applies to the employee’s invention. All LOT members are granted inactive and non-exclusive licenses to all intellectual property rights – including employee’s inventions. 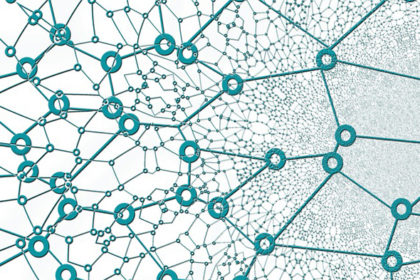 If an employer is a member of the LOT network against patent trolls, this also applies to the employee’s invention. All LOT members are granted simple licenses to all inventions.

The LOT network is an organization founded in 2014 that grants all LOT members simple, non-exclusive licenses to all its intellectual property rights. This mutual licensing of patents is intended to protect members against so-called patent trolls. This is understood to mean companies that do not produce and more than 50% of whose income consists of licensing income. Because an invention can already be used by all LOT members under licensing law, it is hardly worthwhile for a patent troll – also known as an assertion entity – to acquire this patent.

Protective rights to employee’s invention passed to the service inventor

Claim for remuneration from the LOT licensing?

In fact, the employee’s invention was not used by the employer in his own company at any time. But was there a remuneration claim from the licensing that had taken place via the LOT network?

In short: No. Licensing via the LOT network does not give rise to a remuneration claim for an employee’s invention. This is because only inactive licenses are granted via the network, and this does not create a right of use. The Arbitration Board clarified this issue with a guiding principle decision.

The free, non-exclusive licenses to their patents granted to each other by the members of the LOT network are only inactive licenses that do not grant any rights of use as long as they are owned by a member company. They only protect the license-taking LOT members against attacks by a patent roll out of such a patent once it has been obtained. This licensing does not confer any invention value, which is why the granting of this license cannot give rise to any entitlement to payment of employee invention remuneration.

The decisive factor is the type of licenses granted via the LOT network. The licenses are inactive, non-exclusive and free of charge. This is because the network mechanism never triggers payment claims by a member company against another member company.

Very important is the fact that these are inactive licenses which do not grant any right of use to the participants in the LOT network – as long as the employer remains the owner of the patent application or of any patent granted in the future. The Arbitration Board clarified that this also applies to the case here if the ownership of the property right application is transferred to the inventor in accordance with § 16 ArbEG.

Also from the point of view of cross-licensing, the Arbitration Board did not see any pecuniary advantage for the employer through membership in the LOT network that could establish an invention value. The Arbitration Board decided that the employer has no competitive advantage over competitors, nor does he himself have any rights to use the IP rights held by the competitors.

Duty to inform about membership

The Arbitration Board also denied the accusation that the employer had not duly provided information about the LOT membership. According to § 15 ArbEG, the employer is obliged to inform the employee inventor – at the same time as the employee’s invention is registered for the granting of an IP right. The Arbitration Board clarified, however, that this duty to provide information pursuant to § 15 applies exclusively to the application procedure at the Patent Office.

In any case, the employer had informed the employee inventor. On the one hand, the employer had basically informed the service inventor about this membership via the intranet, and on the other hand, together with the notification of the intention to abandon the property right application, he had also pointed out to the service inventor that free licenses exist for the property right application due to its inclusion in the LOT network.

Do you need counsel in questions of Employee Invention or licensing?

Leading decision of arbitration board of DPMA Arb.Erf. 35/17(in German)