Once again, the European Court has to decide on word marks which are descriptive terms in one of the Union countries or which even belong to the general vocabulary. In a recent ruling of the European Court of Justice, the word mark of the German word “Schutz” in meaning of “protection” was rejected.

The German word “Schutz” (english translation = protection) was filed in August 2016 by a Portuguese company as a European word mark for goods of the Nice Class 18, essentially for various bags and purses. Whether the term must be considered descriptive or not had to be decided by the court of the European Union (EuG) this week.

Trade marks shall not be registered if they consist exclusively of signs or indications which may serve, in trade, to designate the kind, quality, quantity, intended purpose, value, geographical origin or the time of production of the goods or services or other characteristics thereof (pursuant to Article 7.1 of EU Regulation No 207/2009).

The applicant does not deny that the word “Schutz” is part of everyday German vocabulary. In particular, it submits that the Board of Appeal wrongly held that the word sign “Schutz” was descriptive of the product at issue. From their point of view, the goods in question have many other characteristics, such as the ability to transport, preserve or present goods as fashion articles, but not to protect them. It argued that consumers could only assume, as an indication, that the goods in question afford a certain degree of protection to the goods being transported. There is therefore no direct and exclusive relationship between the mark applied for and the goods concerned. 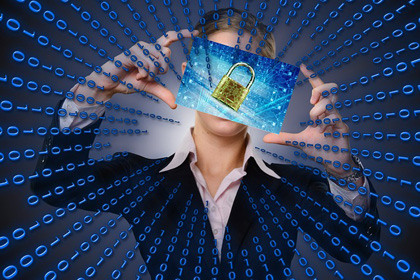 The applicant also relied on the registration of several trade marks, including one in Brazil, containing or consisting exclusively of the term ‘protection’, for goods which it considers to be similar or identical to those in the present case. This was rejected by the European Court of Justice (CJEU), which made it clear that the European Union’s trade mark system is an autonomous system, independent of any national system. Decisions taken in the Member States or even in third countries are not binding on the EUIPO and the European courts. The Court added that there could be no equality in illegality. It is therefore not possible to rely on an unlawful act committed in order to obtain an identical decision.

Protection is descriptive of a characteristic of the goods

The CJEU had to examine whether the term protection was descriptive of a characteristic of the goods concerned. The Court recalled that the descriptiveness of a sign can be assessed both in relation to the perception of the public concerned and in relation to the goods or services concerned. Furthermore, it is sufficient for a trade mark registration to be excluded if the word mark designates, in at least one of its possible meanings, a characteristic of the goods or services concerned. And this is what the Board of Appeal rightly held for the term “protection”, the CJEU held.

Legality of decisions of the Board of Appeal