The fact that a word mark must not be descriptive and that there must be no likelihood of confusion or deception is a recurrent basis for judgments in trademark law. A more unusual case was now decided by the CFI: Sherpa versus Sherpa – identical or similar? And what are the benefits of a subsequent restriction of the goods? 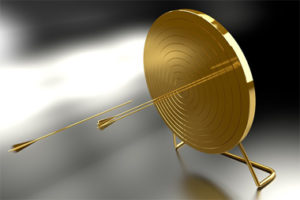 In 2011, the applicant, Mr Jiménez, applied to the European Union Intellectual Property Office (EUIPO) for a Union trade mark: the word mark SHERPA with registration in Class 9 and Class 42. In 2012, the intervener, the Núcleo de comunicaciones y control, SL, filed an application for annulment. The application was based on the earlier Spanish and thus national word mark SHERPA, which had been registered in Class 9 in 1999 under the number 2187342 for “data processing systems, in particular monitoring and control systems”. In July 2013 and during the proceedings before the Cancellation Division, the applicant subsequently amended his trade mark application by adding the following restriction at the end of the list of Class 9 goods:”expressly excluding supervisory and control systems and data processing systems for control and surveillance purposes”.

In the previous decisions in this case, the obvious had already been decided in the Cancellation Division and also in the Board of Appeal of the European Patent and Trade Mark Office (EUIPO): As regards the comparison of the signs of the word mark SHERPA, it is clear that they are identical. This was not questioned by the parties to the dispute and was not the subject of the current ruling either.

In the case of a word mark, protection applies to the exact, registered character string. The upper and lower case, font weight, font size, and also the formatting or color are irrelevant – the protection applies in all display forms and fonts.

The Court of Justice of the European Union (CFI) had two questions to decide: Were there any errors in assessing the genuine use of the earlier mark? And were the identity or similarity of the goods and services correctly assessed?

The Court of the European Union (CFI, also called CJEU) is an independent European court with its seat in Luxembourg, which is subordinate to the European Court of Justice (ECJ).

Evidence of genuine use of the earlier mark

The CJEU ruled on proof of genuine use of the earlier mark:

A preliminary question is added to invalidity proceedings or, to some extent, preceded by a question if an application has been filed to prove genuine use of an earlier trade mark. Only after this proof has been clarified can the nullity be clarified.

Accordingly, that question was not part of the subject matter of the dispute before the Board of Appeal.

In addition, the Court may not re-examine the facts of the case of documents submitted to it for the first time – it serves to monitor the legality of decisions taken by the Boards of Appeal of the EUIPO. It is therefore clear in the present case that the Board of Appeal did not, and did not have to, independently examine the evidence of genuine use of the earlier mark. Because the plaintiff had not filed a petition.

SHERPA versus SHERPA: identical or similar?

The Board of Appeal was right to hold that the services in question are similar to the goods covered by the earlier trade mark for which there is evidence of genuine use, according to the CFI. This is because they are complex goods and services that are difficult to distinguish between hardware and software or their application.

However, the CFI ruled in favour of the plaintiff in the special case of the subsequent limitation of the goods of Class 9. Under Article 49(1) of Regulation 2017/1001 (old Article 43(1) of Regulation No 207/2009), an applicant may withdraw his application at any time or restrict the list of goods and services contained in the application.

And the consideration of such a restriction could lead in individual cases to the fact that goods, which would have been classified before as identical, are to be regarded now only as similar. Then, however, Article 8.1(a) no longer applies, but Article 8(1)(b) of Regulation No 207/2009. However, in the contested decision, the Board of Appeal did not state its position on the scope and consequences of the limitation for the assessment of the identity or similarity of the goods in Class 9 covered by the opposing marks.

The decision of the Second Board of Appeal of the Office of the European Union Intellectual Property Office (EUIPO) of 17 July 2015 (Case R 1135/2014-2) is annulled as far as the goods in Class 9 covered by the contested mark are concerned.

As a rule, trademark protection does not apply across the board, but in relation to the exact product. It is therefore not only decisive which Nice classes are chosen for trademark registration. Rather, as in the present case, the details formulated for which goods or services the trademark is registered or even restricted determine the degree of protection of the word mark. By the way, in Germany, the national word mark SHERPA has also been protected for a very long time by Siemens AG in Nice Class 9 for “computer programs recorded on data carriers and data storage”.