No-Deal Brexit: No loss of IP Rights for Companies?

UK is a member of international IP agreements and offers trademark conversion in UK trademarks. And the EPO is not an EU organisation. So is there no loss of IP rights through Brexit or No-Deal Brexit? 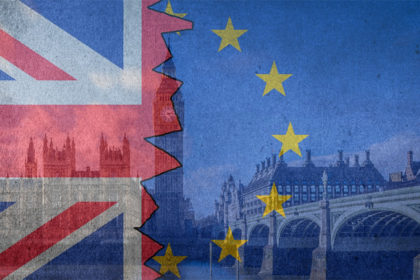 The daily news is once again determined by Brexit – or rather, by the possible No-Deal Brexit – and the continued existence of IP rights for companies linked to the UK raises questions. We give a short update on the IP rights after the Brexit – whether it comes and whether with or as No-Deal Brexit.

Trademark protection in UK after Brexit

Design protection in the UK after Brexit

All existing registered EUTMs and RCDs are automatically granted equivalent UK law, the UK IP Government announced on 17 January. This includes automatic cloning of the existing registration into a re-registered UK design, which will be easy and cost free for the right holder, clarified another IP Government notice on 22 March 2019. The registration and application data entered in the relevant RCDs, as well as any priority data, will be used for the UK designs. This also applies in the event of a No-deal Brexit, the IP Government announced.

However, there is already an important difference between the EU and the UK in the existing case law on Unregistered Community Design Rights (UCDR). UK UKUDRs protect the design of all or part of an article, automatically when an article is manufactured, but not the surface design. By contrast, in the EU, the scope of Unregistered Community Design Rights (UCDRs) covers surface design.

In this respect, Brexit can have significant consequences for design protection, especially in the fashion and packaging industries.

The UK IP Government also refers to the UK’s membership in international IP treaties, another proven way to ensure IP protection in both the EU and the UK. Since June 2018, the UK has been an independent member of the Hague Agreement with the World Intellectual Property Organization (WIPO).

The UK and the EU are also parties to the Madrid Protocol on the International Registration of Patents and Trademarks.

The rules for the resale of goods already sold have not been clarified either. It remains to be seen whether the UK would apply exhaustion only in the UK, the European Economic Area (EEA) and the UK or internationally. Currently, EU law applies the principle of exhaustion to first sales in the EEA with the consent of the RCD holder.

However, if the UK were to leave both the EU and the EEA, the first sale in the UK would not exhaust the RCD. This would allow the RCD holder to prevent parallel imports from the UK into the EEA.

Patent protection in UK after Brexit

On the other hand, the European Unitary patent with the Unified Patent Court is a declared goal of the EU states and was ratified by the UK in April 2018 – but it is still in force. Germany has not yet ratified it, as a plaintiff is suing the German Constitutional Court. At present, the procedure is scheduled for 2019 in the court calendar, but has not yet been decided. It is therefore still open whether the UK will participate in the Unified Patent Court – despite ratification. Read more about this in our article: Brexit: European patents safe? Yes and No!

The jurisdiction after the Brexit is problematic

For all IP rights – as for all contract areas with the UK – jurisdiction will remain problematic. The extent to which the UK has the political will to bring its case law into line with that of the EU is completely open. Decisions of the European Court are not binding on UK courts after the Brexit, and even if the UK were to participate in a future Unified Patent Court, the UK would have to be prepared to cede national jurisdiction to interpret patent law to the EU.

In addition, the UK will have to be classified as a “third country” in the sense of the Basic Data Protection Regulation (DSGVO) after the Brexit, the EU Commission already reported last year. This has many practical implications for industry, civil society and science in the area of data exchange with Great Britain.

Do you have questions about protecting your IP rights corresponding to the UK?

Our attorneys have many years of experience in trademark law, patent law and design law and are entitled to represent you before any court in Germany as well as internationally – also in the UK. Please do not hesitate to contact us if you are interested.