While Brexit is still politically unclear, the British Trademark Office has presented the planned system for converting EU trademarks into comparable British trademarks. 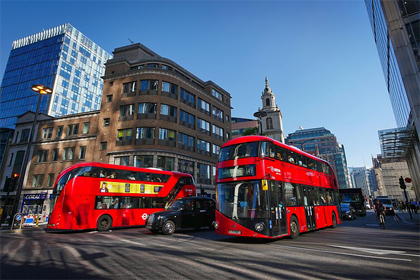 On the question of simplifying the Brexit system for owners of Europe-wide trademark and design protection, the British government has always signalled the political will to set up a system that is as compatible as possible. This is now taking shape:

Priority and seniority of the brand are maintained

Even more important is the further information provided by the IPO. As already announced several times, the new compatible UK trade marks will be entered in the UK Register and will retain the application data entered in the relevant EUTM as well as any previous priority and/or seniority data.
These are fully independent British trademarks which can be challenged, assigned, licensed or renewed independently of the original EUTM, according to the IPO statement.

Already in July 2018 there was a British declaration of intent for such a trademark conversion after the Brexit. According to this, trademark owners should have the right to file a British application as an equivalent replacement for their previous Union trademark, which is also registered for the UK, within nine months of the expiration of a transitional period ( see also No-Deal Brexit (1): Unionmarks cloned in UK?).

Jurisdiction is also a problem. In the case of possible IP proceedings, the enforcement of trademark rights achieved before an EU court in the UK would not be valid. At present, however, there is no contractual agreement as to whether the UK would apply exhaustion of rights only in Great Britain, in the European Economic Area (EEA) and in Great Britain or internationally.

Brexit in the current political negotiations

The BBC quoted MEP Andrew Percy as saying that more than 30 May critics – both supporters and opponents of Brexit – want to block no-deal brexit by all means. According to the Süddeutsche Zeitung, EU Commission President Juncker has already indicated that the British government could successfully ask for an extension of the withdrawal process under Article 50. According to the Süddeutsche Zeitung, EU chief negotiator Michel Barnier confirmed in a radio interview this morning that an extension was conceivable.

Do you have any questions about your Trademark after Brexit?