Brazil is an official member of the Madrid Agreement, the international trademark system administered by WIPO. With Brazil’s accession, the Madrid system will comprise 121 countries, including all ten of the world’s largest economies. 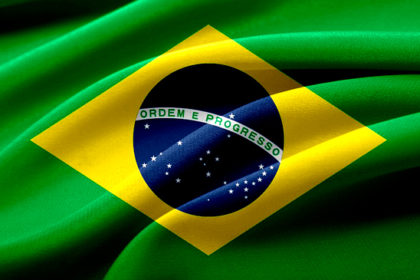 Since 2 July 2019, Brazil has been a member of the Madrid System, having deposited its instrument of accession to the Madrid Protocol with the Director General of WIPO. The Protocol will enter into force three months later, on 2 October 2019.

Brazil is the fifth member of the Madrid System from this region. So far, members from the Latin American and Caribbean region have been Antigua and Barbuda, Colombia, Cuba and Mexico. With Brazil, the Madrid system is now joined by a populous country and a large economy.

Brazil’s accession is accompanied by an effort to promote trade, innovation and economic recovery throughout the region through increased international cooperation. The free trade agreement between the EU and the Mercosur states is another example of this – even if it is currently uncertain whether it will really come into force after 20 years of negotiations. For the time being, France has spoken out against rapid ratification this week.

The 30th anniversary of the Madrid Protocol was recently celebrated, in the end of June.

The uncomplicated and above all uniform procedure with the Madrid Agreement enables the international registration of trademarks and is a success story of international cooperation. A constantly growing number of trademark owners and an unbroken demand for intellectual property protection confirm the international registration process, also as a pioneer and innovator with new insights and new technologies. In April of this year, we reported that WIPO had converted its trademark search to an AI system. Our article “WIPO trademark search database converted to AI” introduces the WIPO Global Brand Database.

At the celebrations on Thursday 29 June 2019, it was recalled that the Protocol brought a rapid increase in the number of registrations to 20,000 in 1998.  Since then, these figures have tripled to over 60,000. There are similar increases for patent applications. Read our complete article about the WIPO Annual Report 2018.

All members of the Madrid Agreement have access to international trademark registration as IR trademarks. An IR trademark grants a kind of “protection right in association”. Therefore, all current owners of an IR trademark should also check whether they would like to include Brazil in the protection strategy. Remember that deadlines must be observed for claiming priorities. We will be happy to advise you.

Would you also like to protect your trademark or brand name internationally?

Our lawyers will be happy to advise you. You are also welcome to use our callback offer.