Are dealers allowed to advertise with the ÖKO-Test-Label exclusively for the tested products, but not for almost identical products in a different colour, design or packaging? The German ÖKO-TEST label was strengthened by ruling of the ECJ over the well-known test seal. 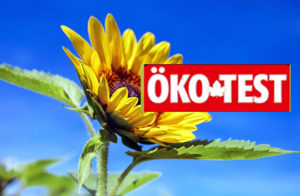 The trademark dispute underlying the judgement over the well-known ÖKO-TEST label began in Germany in 2014.

The defendant before the Higher Regional Court in Düsseldorf was a manufacturer of toothpastes and also used the well-known test seal for a different packaging of the product than the one it had agreed with ÖKO-TEST within the framework of a licence agreement.

The question was whether dealers could use the ÖKO-Test label exclusively to advertise the products tested or whether they could also advertise the same or almost the same products in a different colour, design or packaging. Because the complaint marks of ÖKO-TEST are registered in Nice class 35 for “Consumer advice and consumer information for the selection of goods and services”, but not for example for toothpaste or toothpaste similar goods.

The previous European case law, however, requires an identity both with regard to the trademark and the goods/services concerned in the case of infringement of another trademark function. Several proceedings are pending in Germany on this issue (we reported: Advocate General strengthens ÖKO-TEST in the dispute about the test seal. ) The Advocate General had expressed his opinion in favour of the arguments of ÖKO-TEST. It is a trade mark infringement within the meaning of the Markengesetz because ÖKO-TEST is registered as an individual, national and Union trade mark. In the General Advocates opinion it must therefore enjoy the protection afforded to that type of mark, all the more since it is well known as a quality mark.

ECJ: significant part of the relevant public to know that sign

In its judgment, the ECJ also pointed out that special protection is granted if the provider of a service uses a sign identical to the trademark of a manufacturer of goods without consent in order to indicate to the public that he is a specialist for or specialised in such goods. However, that is not the case in the main proceedings of today’s judgment.

However, the ÖKO-TEST marks are known to a significant part of the relevant public throughout Germany. It follows from this that the ÖKO-TEST marks have a reputation within the meaning of Article 9(1)(c) of the Directive. c of Regulation No 207/2009 and Article 5(2) of Directive 2008/95. The consumer does not have to know that the test seal has been registered as a trademark. It is sufficient for a significant part of the relevant public to know that sign.

It is therefore for the national court to determine whether the defendant was able to take unfair advantage of the distinctive character or the repute of those marks or whether that distinctive character or repute was detrimental. In such a case, the proprietor of a well-known individual mark consisting of a test seal may oppose the unauthorised affixing of the identical or similar sign.

It must be established that, as a result of that affixing, the defendant takes unfair advantage of the distinctive character or the repute of that mark or is detrimental to that distinctive character or repute of the well-known test seal and, in that case, he has not put forward a ‘plea of justification’ within the meaning of the provisions for that affixing (under Article 9(1)(c) of Regulation No 207/2009).

However, Article 9(1)(a) and (b) of Regulation (EC) No 207/2009 and Article 5(1)(a) and (b) of Directive 2008/95/EC must be interpreted as not permitting the proprietor of an individual mark consisting of a test seal to oppose the affixing by a third party of a sign identical with, or similar to, that mark on goods which are neither identical nor similar to the goods or services for which that mark is registered. Letters (a) and (b) of the directive contain a requirement that the defendant’s goods or services be comparable with those of the trade mark proprietor. Those letters (a) and (b) are fundamentally different from Article 9(1)(b). c of that regulation and Article 5(2) of that directive, which expressly do not require such comparability where the mark has a reputation.

Update from December 17, 2019:
BGH strengthens trademark law of Ökotest and follows the ECJ in its decisionIn three appeal proceedings, the BGH considered the use of test seal marks as an infringement of the trademark owner’s rights to her well-known trademark.
There is also an infringing use of the plaintiff’s trademark because the public associates the logo used by the defendant with the plaintiff’s trademark, the German Federal Court of Justice (BGH)  justified its judgments of 12 December 2019 (I ZR 173/16 and I ZR 117/17).