Are dealers allowed to advertise with the ÖKO-TEST-Label exclusively for the tested products or also for almost identical products in a different colour, design or packaging? The Advocate General of the European Court of Justice strengthens ÖKO-TEST in the trademark dispute over the well-known test seal in today’s decision. 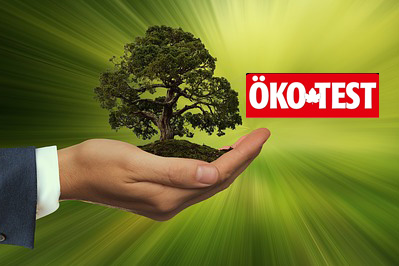 Today’s OPINION OF THE ADVOCATE GENERAL is based on the questions referred by the Düsseldorf Higher Regional Court (OLG Düsseldorf). The plaintiff ÖKO-TEST invokes his Union word mark, registered since 2012, and the DE word/figurative mark, also registered since 2012. It also invokes that it is the proprietor of identical, unregistered, earlier, well-known individual trade marks. The defendant before the Düsseldorf Higher Regional Court is a manufacturer of toothpastes and concluded a licence agreement with ÖKO-TEST in 2005 in order to advertise her product with this test result from the ÖKO-TEST label, which was current at the time. She also used the well-known test seal in 2014 for a different packaging of the product. ÖKO-TEST complained and asserted that this was not a test-identical product in the sense of the license agreement.

Several procedures in Germany for advertising with the test seal

May dealers with the ÖKO-Test-Label advertise exclusively for the concretely tested products or also for the same or almost the same products in a different colour, design or packaging?

Several proceedings are pending in Germany on this question. Consumers appreciate quality-assured labels such as ÖKO and BIO. Companies therefore like to advertise with the particularly authentic test seals, such as from the Foundation Goods Test, from TÜV or from ÖKO-Test. The Düsseldorf Higher Regional Court has submitted the question of advertising with the ÖKO-TEST seal in the case of toothpaste to the ECJ for decision (I-20 U 152/16). The Federal Court of Justice (BGH), on the other hand, suspended two similar proceedings until a decision of the European Court of Justice in case C-690/17 (Az: I ZR 173/16 and Az: I ZR 174/16). In the cases before the BGH it is a matter of advertising with the ÖKO-TEST seal for the same products in different colour designs and for products with slight differences to the tested product.

ECJ has to decide on trademark infringement of test seals

The Düsseldorf Higher Regional Court referred the following question to the ECJ for a preliminary ruling:

ÖKO-TEST’s action marks are registered in Nice class 35 for “Consumer advice and consumer information for the selection of goods and services”, but not for example for toothpaste or toothpaste-like goods. In addition, the plaintiff’s trademarks in Germany are mainly known as test seals, even very well known, but are not regarded as trademarks. Previous European case law, however, requires an identity with regard to both the trademark and the goods/services concerned when infringing any other trademark function (ECLI:EU:C:2010:159, ECLI:EU:C:2010:163).

Therefore, the second part of the question referred for a preliminary ruling also arises:

The Advocate General has expressed his support for the arguments of ÖKO-TEST with today’s opinion of Advocate General. The proprietor of a “quality mark” registered for the purpose of “informing and advising consumers on their choice of goods and services, in particular by using the results of tests and analyses and quality judgments” must be authorised to oppose the use of his mark, which is used without his authorisation. This applies as soon as a third party applies the trade mark to a product for which it is not registered.

In the Advocate General’s view, the infringement is a trade mark infringement within the meaning of the Trade Mark Law because ÖKO-TEST is registered as a single, national and Union trade mark. It must therefore enjoy the protection afforded to that type of mark, irrespective of whether or not the public is aware of the trade mark registration. ÖKO-TEST may therefore rely on the protection of well-known trade marks if German consumers are familiar with that logo. That is a factual assessment which is the sole responsibility of the national court. In that connection, the Advocate General also points out that Article 9(2)(c) of Regulation 2017/1001 provides particularly comprehensive protection for well-known trade marks.