Coty Germany victorious: No sale of luxury perfume via Amazon 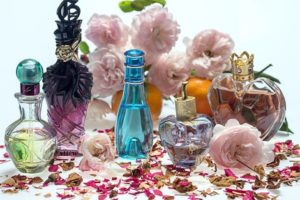 The focus of the dispute is an amendment to the distribution agreements of 2012, which means that authorised dealers are entitled to offer and sell contract goods on the Internet. However, the distribution agreements stipulate that this only applies on condition that the luxury character of the products is maintained. The identifiable involvement of a third party company that is not an authorized retailer is expressly prohibited. This amended clause did not sign the defendant perfumery accents. Therefore Coty Germany sued against this authorized dealer before the Higher District Court of Frankfurt (OLG). The perfumery Akzente should be prevented from selling contract goods via the amazon.de trading platform.

The OLG initially submitted questions on European competition law to the European Court of Justice (ECJ) in its decision of 19 April 2016. This was answered by the ECJ in its judgment of 06.12.2017 (C-230/16) – we reported. On the basis of the ECJ’s interpretation guidelines, the OLG Frankfurt came to the conclusion that the plaintiff could demand that the defendant not sell the disputed branded products via “amazon.de”. Pure advertising cooperations in which the customer is directed to the defendant’s Internet shop are, however, not covered and continue to be permissible.

The OLG clarified that the additional Internet agreement is part of a so-called qualitative selective distribution system maintained by the applicant. According to the case law of the ECJ, qualitative selective distribution agreements are allowed “if the resellers are selected on the basis of objective qualitative criteria which are defined uniformly… and applied without discrimination, if the characteristics of the product in question require such a distribution network in order to maintain its quality… and provided that the criteria laid down do not ultimately go beyond what is necessary”.

In the referral procedure, the ECJ made it clear that “the establishment of a selective distribution system can also be justified by ensuring the luxury image of goods whose quality is not based solely on their material characteristics, but also on their prestige character, which gives them luxurious features”. In order “to preserve the quality of luxury goods in view of their characteristics and nature”, the establishment of a selective distribution system may therefore also be necessary to ensure a high-quality type of presentation. The branded products to be assessed here have a luxury image. This would be endangered if third-party companies such as “amazon.de” were freely authorised to do so.

It was only doubtful whether the prohibition of any “sales cooperation with another externally recognisable third platform, regardless of its concrete form, was in proportion to the desired goal”. Contractual clauses for Internet distribution are also conceivable, which do not interfere so much with the freedom of competition of the retailer. Ultimately, however, the ECJ had already affirmed proportionality with regard to this specific clause.

The OLG Frankfurt had appealed to the ECJ to clarify whether the ban desired by Coty was compatible with EU competition law. Selective selling systems must also be examined with regard to antitrust law (Art. 101 (1) TFEU). And that is the selective system of Coty Germany. The ECJ had made it clear in its judgement that Coty Germany’s selective system did not violate EU competition law.

The judgement is not final. The defendant may lodge a non-admission complaint before the Federal Supreme Court for the appeal to be admitted.

Do you look for brand protection?