Validity of the pharmaceutical patent questioned 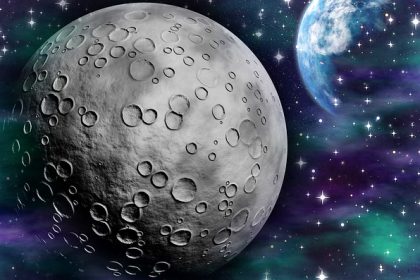 In the long periods of time it takes to obtain a marketing authorisation for medicinal products, it is not at all uncommon for there to be legal disputes about the validity of the associated patent and invalidity proceedings against the patent.

The ECJ is currently faced with the question of whether a generic drug manufacturer and the owner of a drug patent are to be regarded as potential competitors if they are in dispute over the validity of the pharmaceutical patent – or even if the patent owner has obtained an interim injunction prohibiting the generic drug manufacturer from entering the market until the court proceedings are concluded.

And if, in order to settle the dispute, the parties conclude an agreement in which the generic manufacturer undertakes not to enter the market with its generic product and not to challenge the patent for the duration of the agreement (max. the remaining patent term) – is there then a restriction of competition by object within the meaning of Article 101(1) TFEU? All the more so if the agreement also includes substantial value transfers to the generic company?

In the remarks of the Advocate General (EU:C:2020:28), interesting considerations on existing competition in the pharmaceutical sector can be found despite uncertainty about the legality and validity of a pharmaceutical patent.

The plaintiffs in this litigation are Generics (UK) Ltd, GlaxoSmithKline plc (GSK), Xellia Pharmaceuticals ApS, Alpharma, LLC, formerly Zoetis Products LLC, Actavis UK Ltd and Merck KGaA, and the defendant is the Competition and Markets Authority (UK). In this case, the patent on the active ingredient of a drug had expired and the originator company GSK only held process patents.

GSK and also the generic manufacturers argued that the existence of valid and infringed patents is an insurmountable barrier to entry of an original product protected by these patents into the market. However, since it is impossible to know whether generic producers could have entered the market without infringing GSK’s patent rights (if the patent had been invalidated in the invalidity proceedings), it is equally impossible to determine whether there was potential competition between operators.

Advocate General: Uncertainty is a characteristic of competition

In the opinion of the Advocate General, the applicants’ assumption is wrong that potential competition between a patent holder of a medicinal product and the manufacturer of a generic product depends on the probability that the generic manufacturer will succeed in a dispute with the holder of the original patent for the medicinal product. On the contrary, uncertainty is a fundamental feature of competitive relations in the pharmaceutical sector, as in all sectors where there are exclusive rights to technologies.

He also referred to the Lundbeck v Commission decision, in which the ECJ ruled that it was not necessary to prove with certainty that the generic company had entered the market and that such entry would inevitably have been successful if no distinction was to be made between actual and potential competition, but that it was sufficient to show that the company had real and concrete possibilities in this respect.

Moreover, process patents, irrespective of their validity, do not prevent generic producers from entering the market with a generic product manufactured by other processes, unlike a compound patent, the GA added.

It also referred to the Novartis/Roche decision. The European Court of Justice (ECJ) had made it clear in this decision that the state of uncertainty as to the legality of the conditions for the marketing and prescription of the medicinal product in question did not preclude a competition authority from finding that this product belongs to a particular market and is therefore in competition with the other medicinal product(s) present on that market.

Interim injunction and transfer of value

The dominant position referred to in Article 102 TFEU refers to an economic strength of an undertaking which enables it to prevent effective competition being maintained on the relevant market, the GA also stated. A relevant market, in turn, is characterised by the fact that the products on the market satisfy constant needs and are interchangeable with other products only to a limited extent, i.e. there is a structure of supply and demand and effective competition.

By its question on Article 102 TFEU, the UK national court also hoped to determine whether it was possible to classify the conclusion of the IVAX, GUK and Alpharma agreements by GSK as an abuse of a dominant position within the meaning of Article 102 TFEU. However, this cannot be assessed in a preliminary ruling procedure, the Advocate General stated, referring to Article 267 TFEU. It is for the national authorities to define the relevant market and on that basis to assess restrictions of competition.

Do you seek protection for your international or national patent rights or in competition law?