The cartel of Roche Novartis may be illegal: ECJ focuses on off-label use

The European Court of Justice ruled last week that Roche Novartis’s cartel could be illegal for years. The focus is on Avastin and Lucentis for eye diseases and the question of whether and to what extent Article 101 TFEU protects the market dynamics resulting from off-label use. 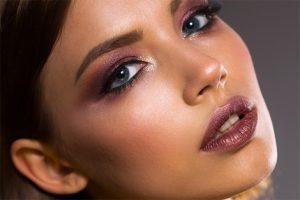 The decision (C-179/16) is part of a long-standing proceeding between the two Swiss pharmaceutical groups Novartis AG and Hoffmann-La Roche AG and the Italian Competition and Market Authority (AGCM). The agreement between Roche and Novartis aimed at reducing the use of Avastin in ophthalmic products and increasing the use of Lucentis in ophthalmic products could constitute a restriction of competition. The European Court of Justice (ECJ) ruled last week.

In 2014, the Italian Competition and Market Authority (AGCM) imposed two fines of over €90 million each on Roche and Novartis for the conclusion of an artificial differentiation agreement between Avastin and Lucentis. From AGCM’s point of view, Avastin and Lucentis are completely equivalent for the treatment of eye diseases. The drugs are based on different active ingredients, which are derived from the same antibody and have the same therapeutic mechanism.

The aim of the agreement was to promote a general perception that raised concerns about the safety of Avastin’s ophthalmic applications in order to shift demand in favour of Lucentis. The AGCM assumes that this shift alone would have caused additional costs of approximately 45 million euros for 2012, which would have to be borne by the Italian healthcare system.

Roche and Novartis appealed to the Council of State of the Italian Republic, which in turn appealed to the European Court of Justice to interpret the competition rules in the Union. In particular, the European Court of Justice should clarify the legal uncertainty regarding the legality of prescribing and placing a medicinal product on the market with regard to its off-label use.

The ECJ therefore dealt extensively with the interpretation of Article 101 TFEU on the following aspects: 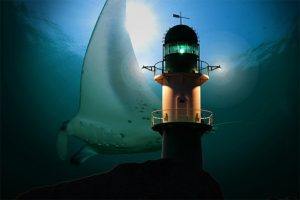 Off-label usage refers to the fact that a drug is used against a disease for which it is not approved by the regulatory authorities. The off-label use of pharmaceuticals differs from one EU country to another and in different therapeutic areas. EU legislation takes this into account and includes a number of provisions (before and after off-label use) restricting the possibility of placing on the market medicinal products intended for such use (Regulation (EC) No 726/2004). Pharmaceutical manufacturers must observe the rules of the pharmacovigilance system when using off-label drugs. On the other hand, EU law does not regulate the prescription of medicines for off-label use, since the therapeutic freedom of doctors is given higher priority here.

In its ruling, the ECJ clarified important questions concerning the legal framework for the marketing of pharmaceuticals and EU competition law. The ECJ decided in detail:

What’s the next step?

The procedure, which has now been decided, is an intermediate stage in the legal dispute pending before the referring Italian court. The national courts must clarify whether there was a fraudulent collusion in which the two pharmaceutical companies committed themselves to making claims to third parties about the lesser safety of one drug than another.

Are you looking for help in questions of competition?

Please take your chance and contact us. You can request a first non-binding call-back at: