ECJ and grant SPC for new therapeutic use

In its ‘Santen’ judgment, the ECJ rejects the previous premise for awarding SPCs in accordance with the Neurim judgment. There should be no supplementary protection certificate (SPC) for a new therapeutic use of an active substance that has already been the subject of a marketing authorisation. 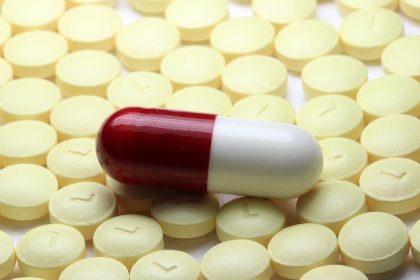 In the ‘Santen’ case before the ECJ, the national court (Cour d’appel de Paris (Court of Appeal, Paris, France)) asked in particular for an interpretation of Article 3 of Regulation No 469/2009 and of the concepts of ‘other use of that product’ and ‘use falling within the scope of protection of the basic patent’ referred to therein.

The main proceedings concern a dispute between Santen SAS (Germany) and the Institut National de la Propriété Industrielle INPI (France). The INPI had rejected the application for a supplementary protection certificate (SPC) submitted by Santen in respect of an ophthalmic medicinal product marketed under the name “Ikervis” containing the active substance cyclosporine. INPI had referred the medicinal product marketed under the name “Sandimmun”, the active substance of which is also cyclosporine, which had already been granted a marketing authorisation by INPI in December 1983, also for ophthalmology.

Santen, for its part, argued that the term ‘other [therapeutic] uses’ within the meaning of the Neurim judgment was to be understood broadly and included not only therapeutic indications and uses for other diseases but also other formulae, dosages and forms of administration.

The question referred for a preliminary ruling therefore explicitly referred to findings and premises from the Neurim judgment (EU:C:2012:489).
For the purposes of the Neurim judgment, must the scope of the basic patent be the same as that of the marketing authorisation relied on and, consequently, be limited to the new medical use corresponding to the therapeutic indication of that authorisation?

International interest in the procedure

The procedure attracted international attention, including from the French, Hungarian and Dutch governments and the European Commission.

ECJ placed the question in context

The term ‘product’, in turn, designates the active substance or the combination of active substances of a medicinal product, without its scope being limited to any of the therapeutic uses, the ECJ explained, referring to Article 1(d) of Regulation 469/2009.

The Supplementary Protection Certificate (SPC), in turn, provides protection only for the product covered by the marketing authorisation, the ECJ added, but it applies to all uses of the product as a medicinal product authorised before the expiry of the SPC. It follows that the intended purpose of the medicinal product is not a decisive criterion for the granting of a supplementary protection certificate.

Based on these findings, the ECJ turned to the question referred for a preliminary ruling. The ECJ held that the concept of ‘first authorisation to place this product on the market as a medicinal product’ within the meaning of Article 3(d) of Regulation No 469/2009 is aimed exclusively at the first marketing authorisation falling within the scope of protection of the basic patent cited in the application for the supplementary protection certificate – such a view would call into question the interpretation of the concept of ‘product’ within the meaning of Article 1(d) of the Regulation, the ECJ stated.

This interpretation would also be confirmed by an analysis of the objectives of Regulation No 469/2009, the ECJ added and explained this idea. An SPC is not intended to provide protection for all pharmaceutical research, but primarily for research leading to the first placing on the market of an active substance or combination of active substances as a medicinal product.

Consequently, the scope of protection of the basic patent (contrary to the Court’s reasoning in paragraph 27 and the premise in paragraph 34 of the Neurim judgment, EU:C:2012:489) is not to be taken into account in the definition of the term “first authorisation to place this product on the market as a medicinal product” within the meaning of Article 3(d) of Regulation No 469/2009. The premise of the Neurim judgment, which now has been rejected by the present ‘Santen’ judgment, was that it is possible, under certain circumstances, to obtain a supplementary protection certificate for a new therapeutic use of an active substance which has already been the subject of a marketing authorisation.

Restrictive interpretation of Regulation No 469/2009

Moreover, the condition laid down in Article 3(d) of Regulation No 469/2009 may also be satisfied where the marketing authorisation on which the application for a supplementary protection certificate is based concerns a product which was already known before the grant of the basic patent but which has never given rise to a marketing authorisation as a medicinal product, was added by the court.

This restrictive interpretation of the Regulation has also been followed in recent decisions on the granting of SPCs. An SPC cannot be granted on a medicinal product protected by the basic patent and already marketed – even if a new formulation of an “old” active ingredient constitutes this medicinal product and thus improves its efficacy, the ECJ ruled in the Abraxis case.

Our patent attorneys and IP attorneys will be pleased to advise you. Please contact us if you are interested – we look forward to your call!