The ECJ today delivered a ruling on Gilead’s AIDS blockbuster TRUVADA®. It is about the delicate determination of the criteria when an active substance of a drug is “protected by a valid basic patent” and thus about an important decision for SPC. 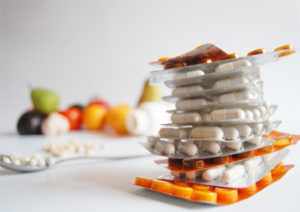 The focus of the dispute was the legal status of the supplementary protection certificate (SPC) for the combination drug and blockbuster AIDS preparation TRUVADA®, which is approved for HIV treatment and so-called pre-exposure prophylaxis (PREP). It is also the only drug approved for the prevention of HIV infection, and is therefore also considered a key drug for public health in relation to HIV infection. It was also approved for generic manufacturers in 2017.

Advocate General argued in favour of a narrow interpretation

Today’s ruling follows the opinion of Advocate General Melchior Wathelet on the interpretation of Article 3 of Regulation No 469/2009 at the end of April, who recommended to the European Court of Justice (ECJ) that protection certificates should not be granted for active substances which are not mentioned in the wording of the basic patent. Rather, each active substance must be “specific and precisely identifiable in the wording of the patent claims on the priority date of the patent”.

Today’s judgment of the ECJ

The ECJ confirmed this interpretation in today’s judgment in large parts. A product consisting of several active substances with combined action is protected “by a valid basic patent” for the purposes of this provision, even if the combination of active substances of which this product consists is not expressly mentioned in the claims of the basic patent, those claims relate necessarily and specifically to that combination.

An active substance which corresponds to a functional definition contained in the claims of a granted European basic patent may be considered to be protected by that patent – if the claims relate to that active substance. That is a matter for the national referring court to determine.

For this purpose, from an expert’s point of view and on the basis of the prior art on the filing date or priority date of the basic patent facts must be fulfilled as follows:

With this ruling, Gilead not only loses its protection certificate for Truvada as it has provisionally done in Germany (see info blog: Gilead loses patent protection for AIDS blockbuster TRUVADA®), but will probably lose it Europe-wide. The British Patent Court had asked the Court in Luxembourg for a clear interpretation of the regulation. This actual patent dispute will therefore be brought to an end before the British court.