The German part of a European patent on PCT diagnostic for sepsis of the Hennigsdorf-based medical device manufacturer B-R-A-H-M-S GmbH was partially invalidated by the BPatG.

On 17 December 2018, the Federal Patent Court (BPatG) partially invalidated the German part of the European patent EP 2 028 493 of B-R-A-H-M-S GmbH (4 Ni 16/17). Parts of the patent were maintained and are mentioned in detail in the declaration of invalidity below. The plaintiffs can provisionally enforce the judgment of the BPatG if they deposit a security amounting to 120% of the amount to be enforced – despite Brahms’ possible appeal against this judgment.

The action brought by three companies was successful in part because the BPatG found that the contested patent lacked patentability, with reference to a lack of novelty and inventive step. 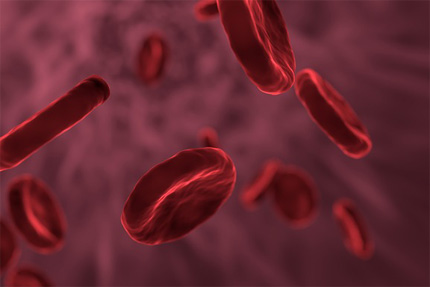 Medical device manufacturer B-R-A-H-M-S GmbH emerged in 1994 from the traditional company Henning Berlin and belongs to the US group Thermo Fisher Scientific. Like B-R-A-H-M-S, the plaintiffs offer procalcitonin-based diagnostic kits. B-R-A-H-M-S sees this as a violation of the protection of its technology, which is protected by a large number of patent families in the patent portfolio. The basic patent expired in 2013.

The patent at issue EP 2 028 493 in the present case has already been tried before infringement courts. B-R-A-H-M-S filed a preliminary injunction against three companies at the District Court Munich I (Case No. 21 O 9715/16) for an injunction based on the patent in dispute. The procalcitonin assay offered and sold by one of the defendants indirectly infringes the patent, the Munich Court ruled in July 2016.

In the present case, B-R-A-H-M-S’ European patent, which has now been partially declared invalid in Germany, concerns the invention, in accordance with the patent at issue, of new diagnostic methods which can be derived from new experimentally proven findings in connection with the occurrence of partial peptides of procalcitonin (PCT, ProCT) in sepsis or sepsis-like severe systemic infections. The importance of the precursor peptides of calcitonin, in particular the native procalcitonin (procalcitonin 1-116), as potential markers for various diseases had already been recognized several years before the seniority of the patent in dispute, the BPAtG clarified.

A multi-stage diagnostic procedure in the patent claim?

Brahms also argued that two steps were necessary, the first being to select the correct assay. Whether or not an identical technical instruction is based on a particular finding does not constitute any other doctrine under patent law as long as the finding is not expressed in the technical instruction, according to the court. Therefore, at least one technical procedural step is required for a diagnostic procedure accessible to patent protection, which as a rule has a multi-stage character. However, this is not the case, since the technical teaching of the patent claim does not make any statement as to which device has to be made available for performance even by the selection of the concept of detection, in particular not as to whether or with which type of selection procedure technically unsuitable measurement kits are initially distinguished from those which are suitable for performance of the diagnostic procedure. A mere qualitative proof is not sufficient to confer the predicate “marker” on a metabolic product in the context of a medical diagnostic procedure.

Annulment of the contested patent by BPatG

The European patent EP 2 028 493 is therefore declared invalid for the territory of the Federal Republic of Germany in so far as it goes beyond the following version:

In addition, the lawsuit had also focused on inadmissible changes to the application documents and the infeasibility of the patent. However, these claims were rejected by BPatG.

Would you like to read more about Pharmaceutical Patent?

Do you need assistance in protecting pharmaceutical products or medicinal products?

Our patent attorneys and attorneys at law have many years of expertise in the entire pharmaceutical law, life sciences and healthcare.
Please do not hesitate to contact us.