SPC grant for hexavalent vaccine – on a formulation patent

An important ruling for SPC in pharmaceutical law: The Federal Patent Court ruled positively on the granting of a supplementary protection certificate for an active substance composition protected by a formulation patent. This is to be regarded as an independent innovation compared to the previously approved individual active ingredients.

The German Patent and Trade Mark Office (DPMA) refused to grant a Supplementary Protection Certificate (SPC) on a vaccine formulation based on the approval of the European Medicines Agency (until 2010 EMEA, now EMA). The applicant had applied for a supplementary protection certificate for medicinal products for the product “Diphtheria, tetanus, pertussis, hepatitis B, poliomyelitis and haemophilus influenza type b conjugate combination vaccine”.

DPMA refused to grant SPC due to adjuvants 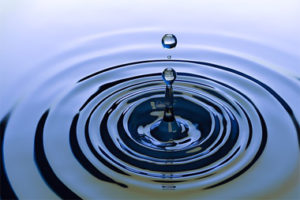 The refusal of the DPMA referred to the German part of a European basic patent refused because the basic patent had to protect the active substance or active substance composition – “protection ‘as such’ ” (ECJ: “Actavis/Sanofi”, “Georgetown II” and “Actavis/Boehringer”, under Article 3 (a) of Regulation (EC) No. 469/2009 (AMVO)). However, the central inventive idea behind the patent in question is not the provision of the vaccine combination claimed for the SPC, but the use of a special adjuvant, i.e. an immune response enhancer. And adjuvants should not be classified as active substances as they do not have their own medicinal effects (ECJ, PharmR 2014, 98, paragraph 35 et seq. – glaxosmithcline). In addition, the composition of the active substance applied for would go beyond the scope of protection of the basic patent.

The patentee successfully filed an appeal against this decision with the Federal Patent Court (Bundespatentgericht (BPatG)). In a first interim ruling, the BPatG ruled that it agreed with the complainant that an SPC could also be granted on a formulation patent as well as on a process patent (pursuant to Art. 3 European AMVO EC No. 469/2009).

However, with regard to Actavis case law of the European Court of Justice (ECJ) emphasising the inventive concept, it remains to be assessed whether an SPC could still be granted for an active substance combination if all of the individual active substances of the combination had already previously been approved under pharmaceutical law.

According to Article 1 (c) AMVO, the basic patent may be a product, process or use patent. In the present case, the application for grant is based on a product patent relating, in accordance with claims 1 and 3, to a new vaccine formulation consisting of six known active substances, at least one of which is adsorbed to a specific aluminium adjuvant.

Each of the individual active ingredients was named individually in the claims of the basic patent. BPatG justified its positive decision by the fact that excipients and carriers from the claims of the basic patent are not relevant, because an SPC can only ever be granted for substances that are active for drugs or a composition of such substances – which all in combination also justify the pharmaceutical effect, in contrast to the Actavis cases.

The reasons for the judgement 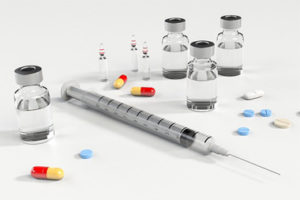 In the present case, however, the adjuvant as carrier substance had been decisive for the inventive step and thus the grant of the basic patent; a synergistic effect of the combination of active substances was never claimed. The BPatG found that, in contrast to the patents on the basic active substances, the combination product represented an independent, inventive, patentable innovation and that the patent holder had obtained its own initial approval under pharmaceutical law for this (with regard to Article 3c AMVO, dissociating it from facts under the ECJ  Actavis/Boehringer and Georgetown II).

Thus, the decision of the DPMA was reversed and the requested SPC for the period from May 2013 to October 2015 was granted retroactively. The patentee can subsequently enforce the patent and the SPC for this period and demand retroactive compensation from third parties.