In its recent ‘Royalty Pharma’ judgment, the ECJ lists evaluation criteria for the term ‘product’ protected by a basic patent – even if it is not expressly mentioned in the claims of the basic patent. This is therefore also an important decision with regard to SPC. 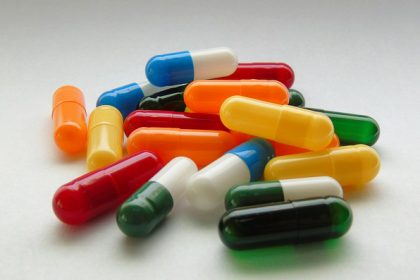 According to Art. 69 EPC, the scope of protection for a European patent is determined by the claims of such a patent.  The question referred, which was decided by the highest European Court of Justice (ECJ) in the recent judgment ‘Royalty Pharma’ EU:C:2020:327, concerns the interpretation according to Art. 3(a) of Regulation No 469/2009.

Is a ‘product’ protected by a basic patent in force within the meaning of that provision if it corresponds to a general functional definition used in one of the claims of the basic patent and necessarily forms part of the invention protected by that patent but cannot be individually identified as a concrete embodiment of the teaching of the patent?

The legal dispute arose when, in 2014, Royalty Pharma applied for an SPC for sitagliptin in Germany on the basis of its basic patent from 1997 for the drug marketed under the name Januvia. The DPMA refused to grant the requested SPC and took the view that, although sitagliptin corresponds to the functional definition of the DP-IV inhibitor given in the claims of the basic patent at issue in the main proceedings, the patent lacked any specific disclosure of that product, so that the specific active substance for the person skilled in the art was not apparent from it. The subject-matter of the patent therefore does not correspond to the medicinal product subsequently developed and marketed under the name Januvia.

Royalty Pharma filed an appeal with the German Patent Court (german: Bundespatentgericht (BPatG)). Royalty Pharma argued that in order to claim the protection conferred by a basic patent in force, it is not necessary for that patent to indicate the chemical name or the structure of the protected active substance. Rather, a description of the functional characteristics of the active substance is sufficient for this purpose. And sitagliptin corresponds to the functional definition of the corresponding class of active substances and therefore belongs to the “core of the invention covered by the patent”.

The BPatG therefore put the question to the ECJ and referred to the case law of the ECJ that the object of protection of the basic patent had to be considered, which had to be determined in interpretation of the claims of this patent.

‘Product’ must meet the functional definition

The ECJ confirmed this case law mentioned by the BPatG and follows the previous case law on the term ‘active substance’ with its current judgment on the assessment criteria for the term ‘product’. An active substance which corresponds to a functional definition contained in the claims of a granted European basic patent can be considered to be protected by this patent – if the claims relate to this active substance, the ECJ had ruled in the highly regarded Teva UK (EU:C:2018:585) judgment.

Therefore, in relation to the term ‘product’, two cumulative conditions must be met for a product to be protected by a basic patent:

Although sitagliptin in the main proceedings is not expressly mentioned in the claims of the basic patent, it corresponds to the functional definition used in one of the claims. Therefore, it fulfils the first condition, the ECJ ruled.

However, the fulfilment of the second condition was not so clear, the court added.
Can sitagliptin be identified by the person skilled in the art, although it is not individualised as a concrete embodiment in the patent specification of the basic patent? In order to do so, the national court must in particular examine whether the subject-matter of the SPC concerned is within the limits of what a person skilled in the art can deduce, the ECJ ruled. The person skilled in the art must be able to infer directly and unequivocally from the patent specification – as filed – that the ‘product’ which is the subject matter of the SPC falls within the scope of protection of that patent.

The court added that this also implies that the grant of an SPC is in principle not excluded even if the product which is the subject-matter of the SPC cannot be individually derived as a concrete embodiment from the teaching of the basic patent.

‘Product’ developed after the filing date or on the priority date? No protection

Patent protection in the field of pharmaceuticals and SPC grant – also an issue for you?