The BGH confirmed the nullity of the supplementary protection certificate (SPC) on Truvada. Above all, the judgement contains the definition of the criteria when active ingredient combinations are protected by a valid basic patent and SPCs are granted on it – as the leading decision Truvada. 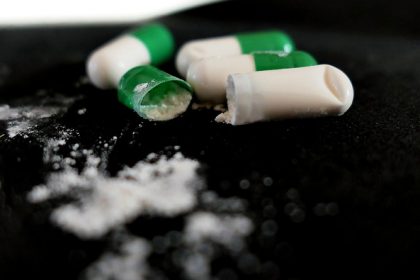 For years, the legal status of the supplementary protection certificate (SPC) for the AIDS blockbuster TRUVADA® has been the subject of negotiations in court. The focus of the lawsuit was the question of whether the active ingredient composition Tenofovirdisoproxil and emtricitabine was protected by the basic patent. In the lower instance, the German Federal Patent Court (BPatG) had declared the SPC for Gilead’s AIDS blockbuster Truvada invalid (BPatG 4 Ni 12/17, 2018).

In this respect, the German Federal Supreme Court (BGH) opened its ruling on the SPC on Truvada with the remark that even after the expiration of the term of protection of a supplementary protection certificate, there is a legal interest in a nullity action if it cannot be excluded that the plaintiff will be sued for infringement of the certificate (German PatG § 81).

The ruling of the BGH is not only relevant in this respect. It also contains the so-called Leitsatzentscheidung Truvada and thus an important decision for the award of SPCs on active ingredient combinations.

The European Court of Justice (ECJ) also clearly expressed its opinion on this complex of issues in its ruling of July 2018 (Teva Gilead, EU:C:2018:585), which also focused on the Truvada scatter certificate. In this Teva-Gilead judgement, the ECJ decided that a certificate for a product consisting of several active ingredients that have a combined effect may only be granted if the active ingredients are combined,

The active ingredient combination – neither protected nor identifiable

The BGH also stated this in more detail and provides more legal certainty for pharmaceutical manufacturers. The BGH defined the criteria when combinations of active ingredients are protected by a valid basic patent.

If only one of the two active ingredients belonging to the combination is necessarily covered by the protected invention, the combination of active ingredients is not considered to be covered by the patent, the Federal Court of Justice decided. The description of the basic patent in question must rather show that the invention protected by it specifically concerns a combined effect of the two substances.

Also, the combination of the active ingredients must not be merely optional, the BGH added. A patent claim that provides a feature only optionally is not automatically equivalent to a sequence of two patent claims – one with a feature, the other without.

The BGH also decided the question of when an active ingredient is considered to be specifically identifiable with clarity. It is not sufficient if the active ingredient is not defined in more detail either by its structure or by its function, the BGH set as a guiding principle decision.

View on the case law of the BPatG

The Federal Patent Court (BPatG) had explained its Truvada decision that the underlying product was not protected by the basic patent.  The BPatG had admitted that it could be sufficient if it fell under a functional definition. However, it was then necessary that the patent claim tacitly but necessarily refers to the active substance in question, and in a specific way.

The BPatG also recently ruled in the Royalty Pharma case – we reported. A product that is not specifically identifiable in the basic patent cannot be considered to be under its patent protection – although it falls under a functional definition of the claims, the BPatG ruled.

Requirement for the identification of active substances

Do you want to protect or defend your patent rights?

You are welcome to call us! Our patent attorneys and attorneys at law are experienced and highly qualified in all fields of intellectual property law, both nationally and internationally.
We are looking forward to the contact with you!